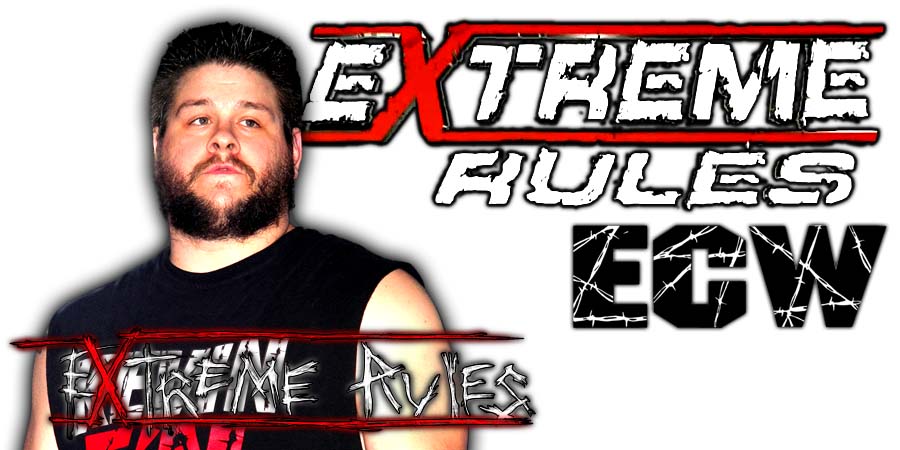 Waltman originally started to do televised jobs on WWF TV in 1993, using ringnames like “The Kamikaze Kid”, “The Cannonball Kid” or just simply “The Kid”, before getting an upset win over Razor Ramon on May 17, 1993, which resulted in him becoming “The 1-2-3 Kid”.

In September 1996, he jumped ship to Ted Turner’s World Championship Wrestling, where he became known as new nWo member “Syxx”, but eventually returned to the World Wrestling Federation the night after WrestleMania XIV.

Now known as X-Pac, Waltman was brought back to replace Shawn Michaels in D-Generation X, but Triple H took over as the leader of the faction.

In 2019, he was inducted into the WWE Hall of Fame, alongside other D-Generation X members Triple H, Chyna (†) & The New Age Outlaws.

• Kevin Owens Expected To Have A Match At Extreme Rules 2019

Extreme Rules 2019 takes place this Sunday and WWE hasn’t announced a match for Kevin Owens yet.

However, WWE PPVs are long enough to have some impromptu matches added to the card.

According to John Pollock of Post Wrestling, WWE officials are considering adding Kevin Owens vs. Dolph Ziggler to this Sunday’s Extreme Rules 2019 pay-per-view.

There were reports that The IIconics vs. The Kabuki Warriors was also scheduled to be added to this Sunday’s PPV, but it looks like WWE is now going to save this match for a later date.