Dave Meltzer of the Wrestling Observer recently revealed that WWE officials are planning to do John Cena vs. Elias at WrestleMania 36 and called it a disappointment.

SmackDown Superstar King Corbin went on to like an Instagram post calling out Meltzer for spreading negativity and then went on to call Meltzer “cancer to the wrestling industry”. 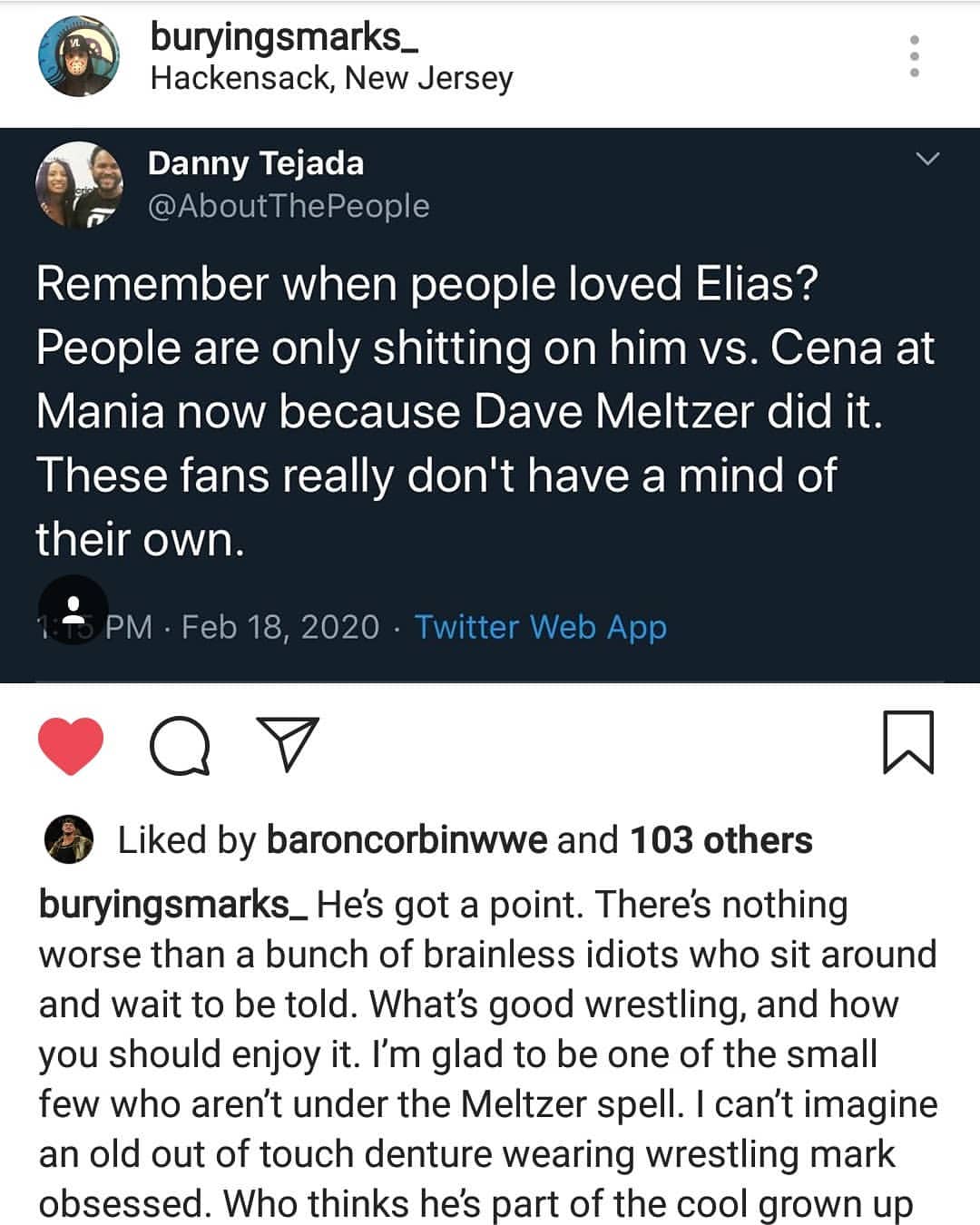 Below is what Corbin commented:

“People need to realize that he’s cancer to the entire wrestling industry not just WWE. He inspired hatred to anything and everything he doesn’t like or agree with.

For example I may not like a band and that’s fine. But what separates us is I don’t have to continually bash them online or work to get others to hate them as well. I don’t have the time or energy to be that negative of a person.” 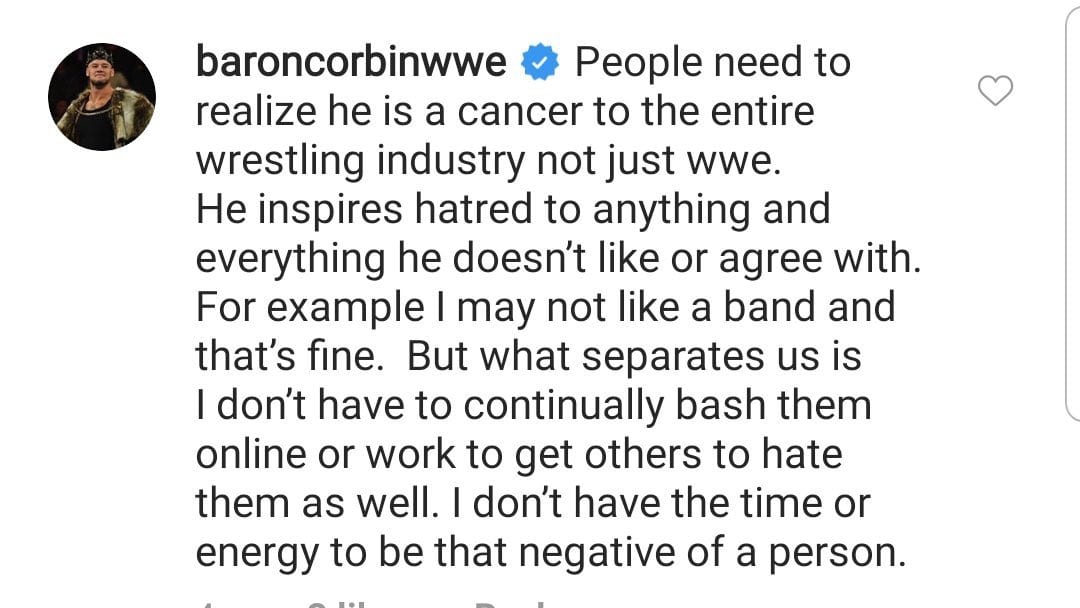