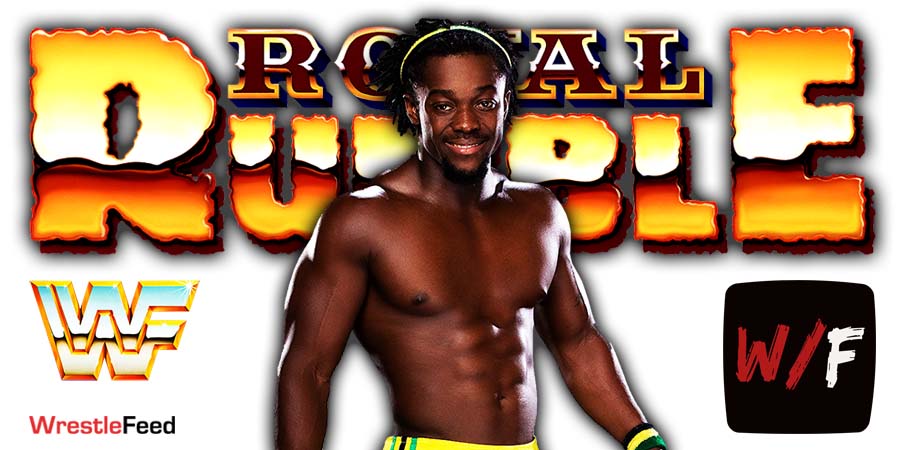 In The Men’s Royal Rumble 2022 match, former WWE Champion Kofi Kingston tried another stunt to prevent himself from getting eliminated, but it didn’t work.

His feet ended up touching the floor. You can watch it below:

This accidental elimination resulted in some spots with Big E being nixed.

Here’s what Bryan Alvarez of the Wrestling Observer posted:

“Kofi’s big spot was mistimed and he was legitimately eliminated when he wasn’t supposed to be, there were spots planned later with Big E out there.”

Kingston tweeted the following about this botch:

‘It is Better to Try and Fail Than Never to Try at All.’

As we have noted before, Big E is back on the SmackDown brand with Kofi & King Xavier Woods.

Also Read: Former Women’s Champion Is Not Happy With Melina’s Quick Elimination In The Royal Rumble

This episode was pre-taped at the Mid-South Coliseum in Memphis, Tennessee and featured matches & storyline segments on the road to the ‘WCW SuperBrawl VIII’ PPV.