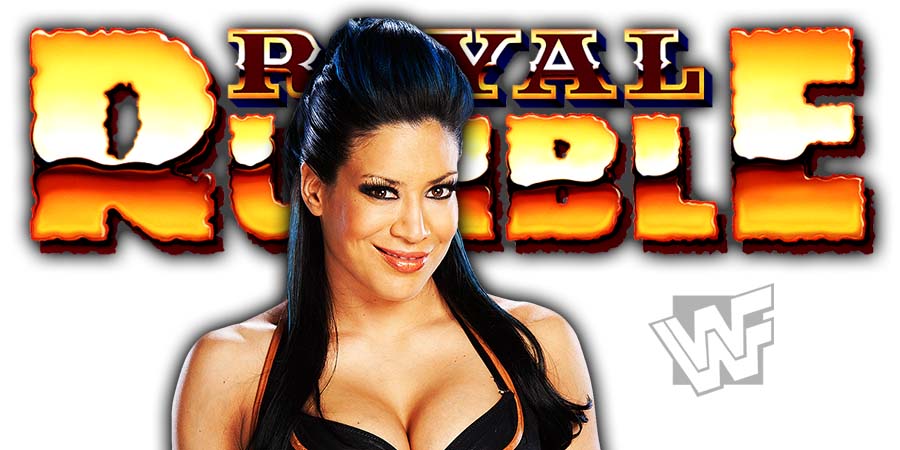 The Women’s Royal Rumble 2022 match kicked off with Sasha Banks being the #1 entrant and former Women’s Champion Melina being a surprise entrant at #2.

Melina got her iconic entrance and did the split on the ring apron.

However, she was quickly eliminated from the match by Sasha.

“The disrespect. Sorry. I’m saying what I feel. All the respect to Sasha but put some respect on Melina’s name.”

Impact Wrestling’s Knockouts World Champion Mickie James, who also competed in the match, said she would’ve liked for Melina to stay in there a little longer, so she could’ve worked with her:

“There’s one person that I was very excited to see and I wish she had stayed long enough for us to tangle in there because of M&M, the people would’ve loved it is Miss Melina. And what an ovation she got. So I just want to put that over.”

On the other hand, Gail enjoyed Ivory’s return in the match:

“OMG…Ok this was all worth it! IM SOOOO MARKING OUT FOR IVORY. Right to censor baby!! I fn BOW DOWN

This was seriously the highlight of my night. I BOW DOWN TO THE QUEEN IVORY.”