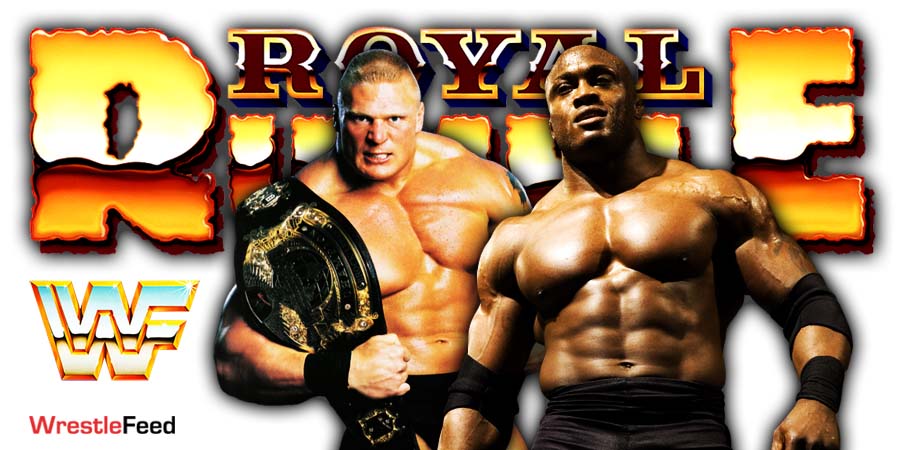 Lashley is a 2-time WWE Champion now. However, this victory wasn’t clean.

Universal Champion Roman Reigns interfered in the match and attacked The Beast. Reigns laid out Lesnar with the WWE Title belt, which was handed to him by Paul Heyman. Reigns and Heyman are back together.

Lashley then took advantage and pinned Lesnar. Prior to Reigns’ interference, Lesnar had Lashley beat with the F5, but the referee was accidentally knocked out after Lashley landed on him during the F5.

The All Mighty tweeted the following after his Title win:

During a recent appearance on WWE’s After The Bell podcast, Lashley said the following about Lesnar calling him “Bobby Who?”:

“He said it on RAW Monday, I’m not gonna say it pi$$ed me off, because I’m gonna keep this smile on my face… this whole, ‘Bobby who?’ That’s what I told you before, there’s not this whole, ‘Hey, Brock, I’m so excited to get the opportunity to be in the ring with you.’ All this stuff, that’s bullsh*t.”

Prior to the match with Lesnar, Lashley tweeted the following:

The All Mighty Era resets and the NEW WWE Champion’s reign begins!

Keep taking me lightly Brock. The longer this match goes, you’ll see you can’t keep up with me.

It was broadcasted from the Baltimore Arena in Baltimore, Maryland and featured matches, interviews & segments on the road to the ‘WCW SuperBrawl Revenge’ PPV.

Shannon Moore vs. Elix Skipper vs. Yang vs. Jamie Knoble