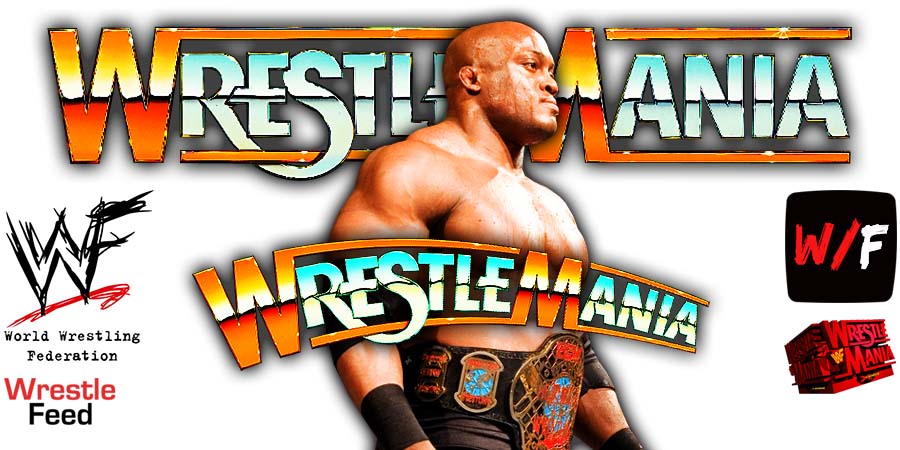 • Bad News Regarding The WWE Title Match At WrestleMania 38

Lashley is a 2-time WWE Champion now. However, this victory wasn’t clean.

Universal Champion Roman Reigns interfered in the match and attacked The Beast. Reigns laid out Lesnar with the WWE Title belt, which was handed to him by Paul Heyman. Reigns and Heyman are back together.

Lashley then took advantage and pinned Lesnar. Prior to Reigns’ interference, Lesnar had Lashley beat with the F5, but the referee was accidentally knocked out after Lashley landed on him during the F5.

According to Wrestlevotes, WWE doesn’t have a plan set in stone for the WWE Championship match at WrestleMania 38 at the moment:

“Lesnar had to be the winner here. I’m told they legitimately have no idea what the WWE Title match at WrestleMania is going to be at this point. Avoid the old pigeon hole.”

It was pre-taped at the MCI Center in Washington, D.C. and featured matches, interviews & storyline segments on the road to the ‘WWE No Way Out 2004’ PPV.