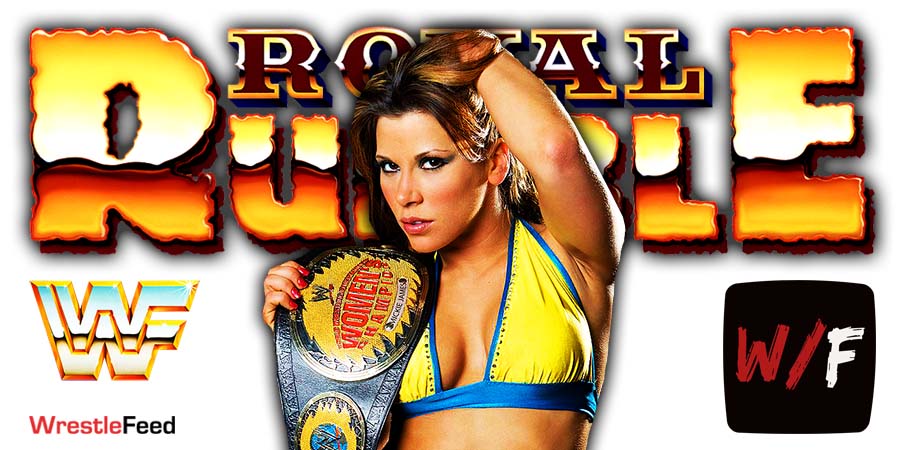 She brought the Impact Title with her and got eliminated by Lita.

During a backstage interview with Megan Morant after the match, Mickie had the following to say about working in WWE while being under a contract with Impact Wrestling:

Impact Knockouts Champion @MickieJames is overwhelmed with emotion after her appearance in the 2022 #RoyalRumble Match! pic.twitter.com/iOhsmFpP3e

This episode was broadcasted from the American Airlines Center in Dallas, Texas and featured matches, interviews & storyline segments on the road to the ‘WWE No Way Out 2007’ PPV.