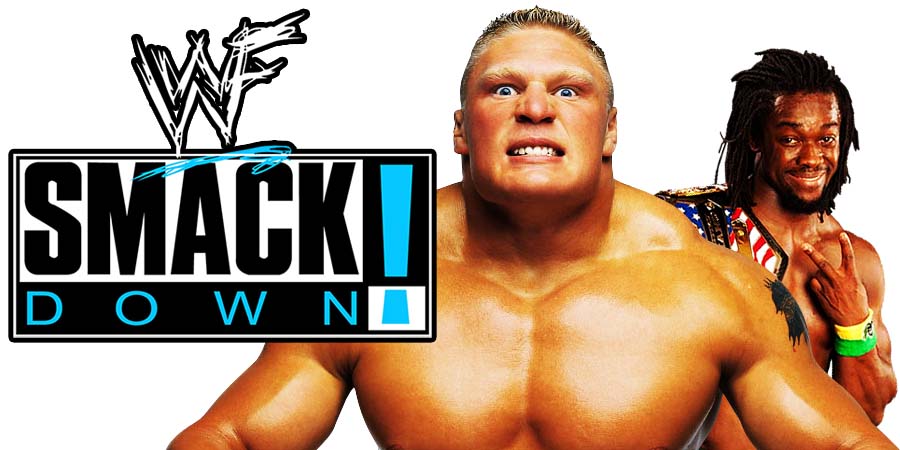 – The Warlord vs. Jim Long

• Kofi Kingston Praises Brock Lesnar For Putting Together Royal Rumble Spot, Says Lesnar Will Never Get Credit For Having An Intelligent Wrestling Mind

Former WWE Champion Kofi Kingston was recently interviewed by Alex McCarthy of talkSPORT, where he talked about Brock Lesnar working with him. He said that Lesnar has a very intelligent mind wrestling-wise, for which he never gets credit.

“You seeBrock Lesnar on TV, you obviously see The Beast. You see a man who is physically daunting, physically dominating, but he has an awesome mind for the business, and I feel he’ll never get the credit he deserves for that.

Someone doesn’t get to be in WWE for decades without having a great mind. A lot of times you see Paul Heyman being the mouthpiece, and you think Brock has a very small part in that role, but he has a very big part. He has a very intelligent wrestling mind and understands what wrestling ‘business’ is in terms of building stuff.”

Many fans didn’t like how Lesnar defeat Kingston for the WWE Title in less than 10 seconds on SmackDown’s premiere on FOX, but Kingston said that it was part of a bigger story.

The spot where The New Day and Rey Mysterio teamed up during the Men’s Royal Rumble 2020 match was put together by Lesnar:

“If Brock and I had more of a match at the debut of Smackdown on FOX, then the moment at the Rumble, people wouldn’t have gotten up as much as they did for it. It was great. It was a really big piece of a story having myself in there trying to fight.

Then here comes my partner and now here comes Rey who had history with his son. I’m getting goosebumps just talking about it. It was a lot of great storytelling coming together.

Everything is important as minuscule as it may be. It’s definitely a big part of the Rumble seeing me, Rey and E, all of us on the outside banding together and going in there doing what we did.

It was great, and on top of that, the whole first half of the Rumble, Brock was throwing everybody out only for Drew McIntyre to throw him out at the end. If it wasn’t built like that, it wouldn’t have meant as much for Drew. You think about, ‘why did that happen?’ Oh, Brock did this to elevate Drew to build credibility as a champion. Drew beats Brock at WrestleMania. The pieces of the story were told in the right way.”

WATCH: Extra Close Up Footage Of Zelina Vega In A Hot Revealing Costume: