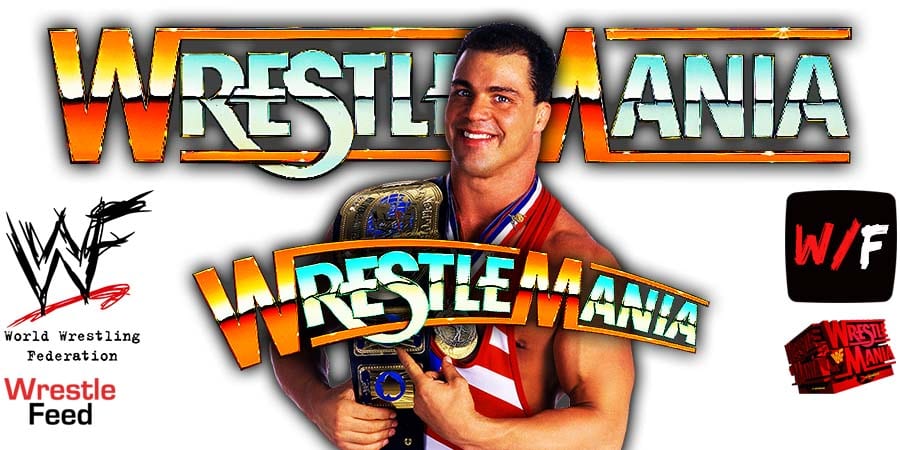 As we noted before, Hall Of Famer Kurt Angle recently revealed that WWE was about to bring him back for a short program, but the plans got nixed.

Somehow, rumors started that these were WrestleMania 38 plans and Angle has clarified the situation now.

Below is what the former WWF Champion said on his podcast:

“There are a lot of rumors going around that I was supposed to be booked for WrestleMania 38, which is not true at all.

If you saw the posts, a lot of people thought that I was talking about WrestleMania when I was talking about what I was going to do at the Royal Rumble and have the program for a few weeks. Then the blow off would be in Saudi Arabia, where I would referee the match between RK-Bro and Alpha Academy.

So I am not signed with WWE by any means. We didn’t cut a deal. That whole program got canceled at the last second. So it never happened.

It’s unfortunate, but you know, sometimes they have different plans for these guys. So there’s nothing you can do about it.”

Also Read: Kurt Angle’s Brother Is In Need Of A Kidney Transplant & Wants Your Help

It was broadcasted from the Arco Arena in Sacramento, California and featured matches, interviews & storyline segments on the road to the ‘WCW Uncensored 1999’ PPV.