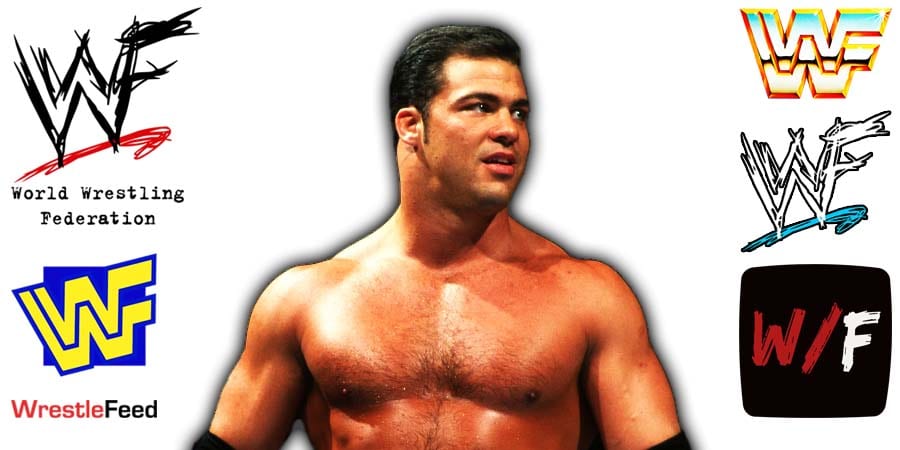 During a recent edition of his podcast, Old School WWF Legend Kurt Angle revealed that he will have to get a fusion neck surgery, which he has been putting off for 15 years.

Here’s what the 2017 WWE Hall Of Famer said about the issues that he’s facing nowadays:

I’ve been putting off fusion surgery for gosh, 15 years, and I may not be able to put it off much longer. I’m going to eventually have to have fusion surgery.

I have had the quick-fix surgeries just so that I could get back in the ring again, and you know, the last one I did, I think, was 2015. But I’m going to eventually have to have fusion surgery…I’ve just been putting it off.”

Today would have been the 88th birthday of Old School WWF Legend “Captain” Lou Albano.