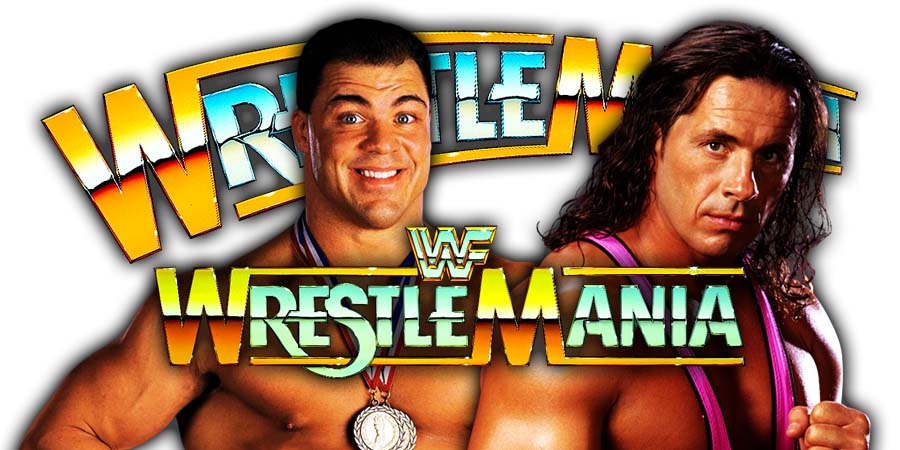 On this day in 1996, Paul Heyman’s Extreme Championship Wrestling aired another episode of their weekly TV show ‘ECW Hardcore TV’.

– Highlights Of The Feud Between Raven And Tommy Dreamer

– Promo By The Gangstas

– In Ring Promo By Stevie Richards Before Tommy Dreamer’s Match

– Promo By Taz And Bill Alfonso

– Promo By The Gangstas

– Promo By The Sandman And Woman

During a recent interview with Chris Van Vliet, WWE Hall of Famer Kurt Angle was asked if the rumors of WWE wanting to do him vs. Bret Hart at WrestleMania 20 in 2004 were true or not.

Angle confirmed that the rumors were true and said the following:

“Me being at 51 now and looking back, a young Bret Hart came to me right now and said let’s do our dream match…I would be like…it’s not going to be the dream match I’d like it to be. I probably don’t want to get in that ring.

So, I understood why Bret didn’t want to do it. Because he had the stroke and he had a lot of bad luck, you know, some things happened that made it medically difficult for him to come back and be at his very best.

I told him, you know, listen, you didn’t even have to bump at all. I’ll do all the bumping and he was like, ‘Nah, it won’t be the Bret Hart match that I want it to be and I can’t do that.”