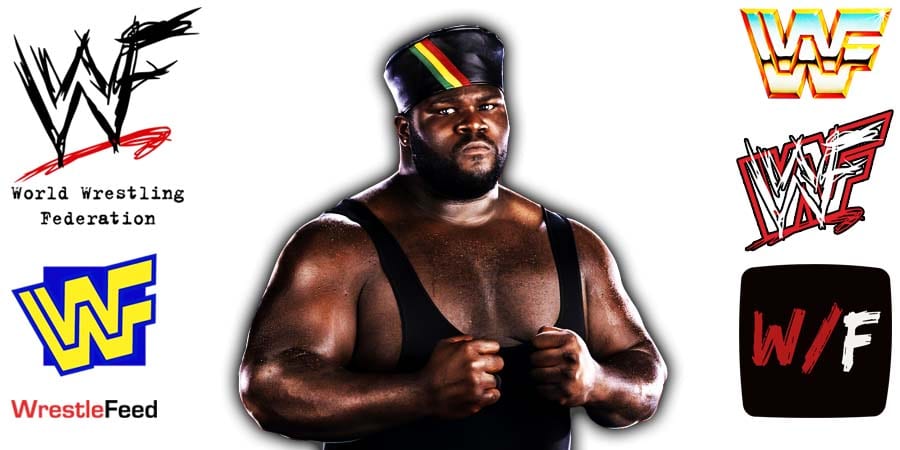 On a recent episode of his weekly podcast ‘The Kurt Angle Show’, the Olympic Gold Medalist revealed a backstage prank The Headbangers (Mosh & Trasher) played on Mark Henry back in the day.

Keep in mind that Mosh & Trasher might have lied about doing so, but – to be fair – the idea alone is disgusting enough.

Here’s what the 2017 WWE Hall of Famer recalled:

“I don’t remember any serious ribs.

I do remember when Mark Henry ate that sandwich. I didn’t believe it, I thought it was all bulls**t.

I didn’t know The Headbangers, they got Mark a sandwich and crapped in it. Put it back in the wrapper, and I don’t know if it’s true or not, but Mark Henry actually ate it.

That was pretty brutal, when I heard about that I thought it was the grossest thing I’ve ever heard.

You got to be a real idiot to do that to someone.”

Also Read: Kurt Angle Didn’t Enjoy A Storyline In Which He Stalked Another Legend’s Wife

– The Legion of Doom vs. Pez Whatley & Bill Kruger

– The Barber Shop with Earthquake

– The Warlord vs. Jim Powers