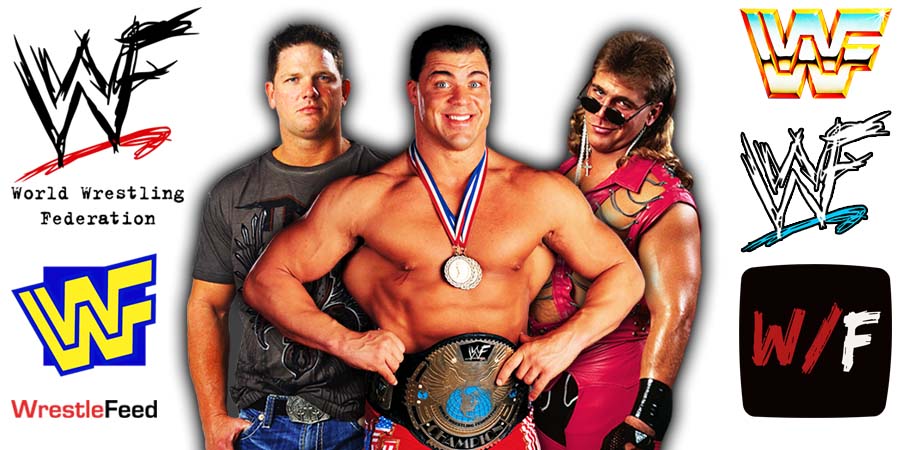 During a recent episode of his podcast, WWE Hall Of Famer Kurt Angle praised AJ Styles and talked about how good the former WWE Champion is in the ring.

Angle thinks Styles is so good, he ended up comparing him with the great Shawn Michaels.

“Let me tell you something about AJ Styles. Everybody has their best match with AJ. He has great chemistry with everybody.

AJ was so talented (in TNA). I think they wanted to keep handing me guys that could really work in the ring and make me look good since I was relatively new. AJ is the one guy that can actually do that.”

Angle & Styles faced each other multiple times in TNA. You can watch one of those matches below:

Kurt & AJ competed once in WWE as well, on the road to WrestleMania 35 in 2019, but Randy Orton interfered in that match and laid out Styles.