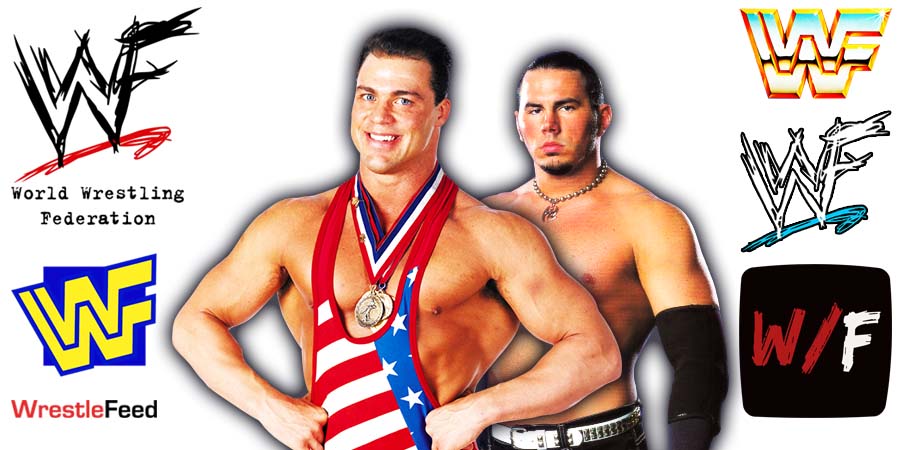 During a recent edition of his podcast, WWE Hall Of Famer Kurt Angle talked about the difference between the in-ring styles of Jeff & Matt Hardy.

“They both had identical styles, but very different styles at the same time.

Matt had this hereditary problem where he couldn’t bend his knees. I don’t know if you’ve ever seen it.

When he gets up, he uses his hands. His legs are straight and he has to push himself up on his feet. So his wrestling style is different because of that. But he’s still a high flyer. He does some crazy stuff.

Jeff was just crazy as hell. He probably put his body on the line more than anybody I’ve ever met.”

Also Read: “Matt Hardy has to get a pin on you” – Vince McMahon To The Undertaker