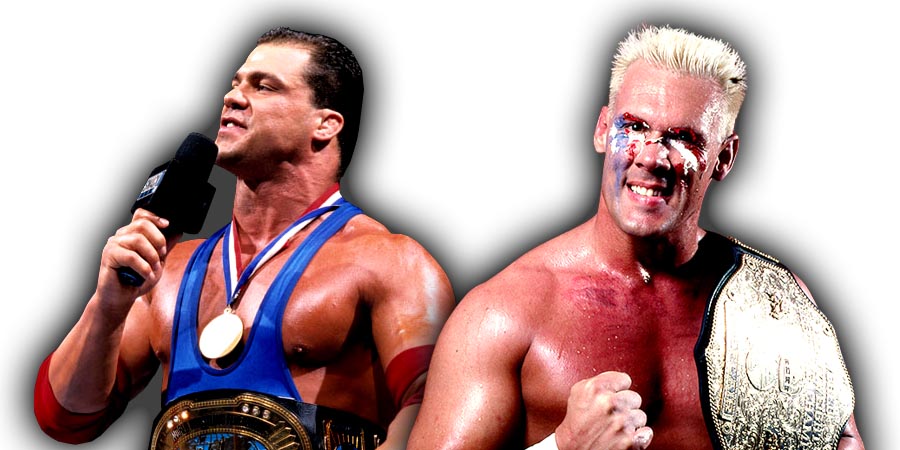 This episode was pre-taped at the Sundome in Tampa, Florida and featured matches, promos & storyline segments on the road to the ‘WWF Royal Rumble 1988’ event.

During a recent interview with Chris Van Vliet, WWE Hall of Famer Kurt Angle talked about why he didn’t get a run similar to that of Goldberg when he returned to WWE.

“I knew I would go back, I just didn’t know when. I probably waited a couple of years too long. I did stay in great shape when I got back to WWE in 2016. I was ready to wrestle.

When I did, Triple H and Vince McMahon pulled me aside and said ‘We’re gonna induct you in the Hall Of Fame first. Is that okay?’ I said, ‘Yeah, but I’d rather wrestle first.’

I didn’t have any options and I think I understand why. I don’t think it was to criticize me because I did leave WWE high and dry in 2006. It was my choice to leave and I know Vince McMahon and I didn’t part on good terms and I went straight to the other company [TNA].

I think that’s why he had me do the shorter matches. He had me put talent over. He never really ran with me with a title run or anything like that. So, I was expecting that.

Goldberg came back [and had a title run] Sting came in and I think he at least had a title match, but it wasn’t in the plans. I don’t blame Vince for that.

Me being a liability with my five broken neck and my painkiller problem from a long time. I don’t think he wanted to see me fall back into that.”