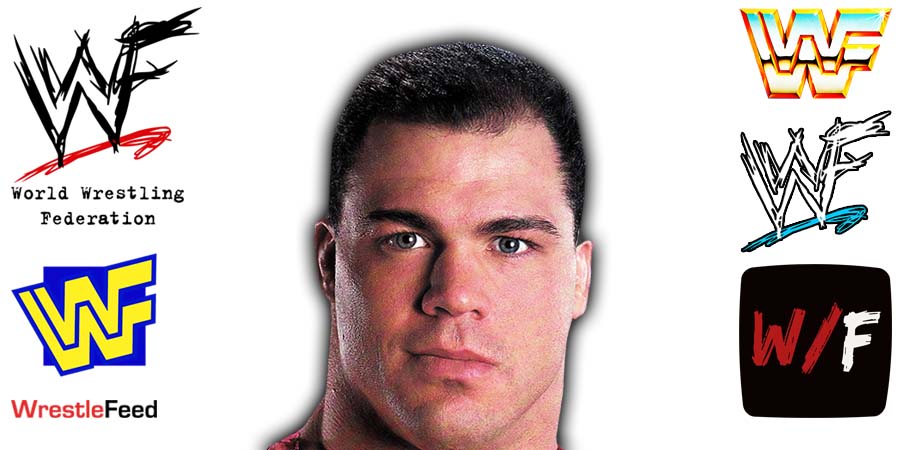 After wrestling for Ted Turner’s World Championship Wrestling (WCW) from 1996 until the company was sold to Vince McMahon in 2001, Lucha Libre Legend Rey Mysterio made his WWE debut in the summer of 2002 and his first pay-per-view match took place at SummerSlam 2002, where he faced WWF Attitude Era Legend Kurt Angle.

Angle won the match by submission after 9:20 minutes but during a recent episode of his weekly ‘The Kurt Angle Show’ podcast, our Olympic Hero revealed that he was actually nervous before the match back then.

“You know what? I’m really surprised by how well we worked together. I’m not surprised, I’m just surprised that I was able to adapt to his style.

I was really nervous about the first time I wrestled him at SummerSlam, but it worked extremely well, and the more we worked together, the better we got.”

– The Orient Express vs. Ross Lindsey and Mike Pocari