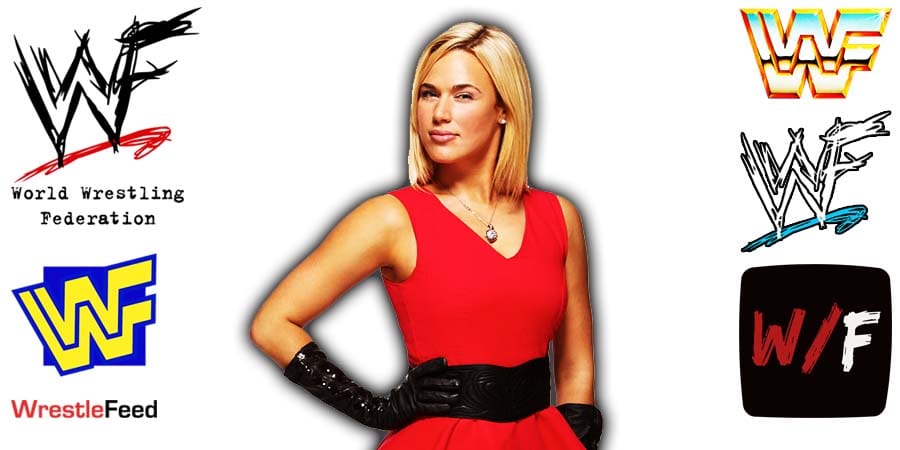 When Lana was paired with Dolph Ziggler and feuding with Rusev and Summer Rae on WWE programming, TMZ broke the news of Lana & Rusev’s real-life engagement.

WWE Officials weren’t happy with this and Lana got punished for it.

Here’s what Lana said about this on Talk Is Jericho:

“I never posted it. TMZ got ahold of it, and then basically, TMZ just said we were engaged. The story (her feud with Rusev) got cut, and we got blamed for it. Personally, I got blamed. It’s insane. I got in trouble. I wasn’t on television for 3 months, and I was on television for 2 years.

I was not on television for 3 months. I was made to feel that it was all my fault. I had to take the blame, and for years, I thought maybe it was my fault,. And then we did the Bobby Lashley story. I had given Vince my word that I would not take a picture with someone I am feuding with or send it to anyone.

My word is what all that I have, and so when we went into the story with Bobby Lashley, [Paul] Heyman and our social media definitely suggested that we blur the gray line. I respect that, and so I didn’t post Miro on my social media for probably 11 months, not even after he was fired and after I got divorced, still waited for about a month.”

2. The Hater vs. Cash Jackson

3. The Condor vs. The Intruder

7. Nikolai Volkoff vs. The Brooklyn Brawler