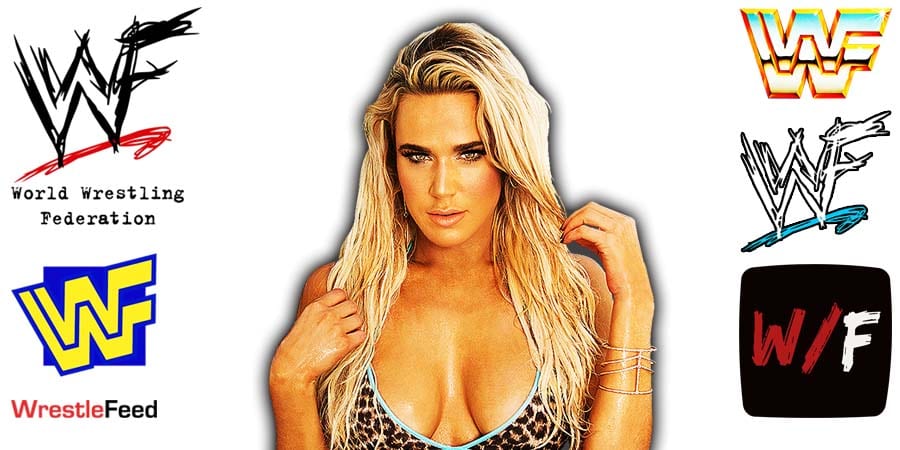 During her appearance on Talk Is Jericho, former WWE Superstar Lana talked about Vince McMahon wanting to break up her pairing with Rusev and then pitching the idea of her kissing Dolph Ziggler.

“The thing about Rusev, he was truly the most hated bad guy, and I was booed because of him. One day, I was doing a movie, Interrogation, and they brought out a lawyer, so I just missed one week. This is a month before WrestleMania [31]. The whole arena started chanting, ‘We want Lana!’ And I trended for two days. It was wild. I was shook, then it kept on happening, and then WrestleMania, we did the tank.

Miro, I don’t know if he always realized this, but I was always often placed there to protect him throughout the years. They used me or his tag partners. Now looking back, I see how it was getting all set up. He was yelling at me. I mean, what man comes and starts yelling. We went to Vince the following week to pitch an idea, to work with Daniel Bryan, and he was like, ‘No, I’m splitting you guys up.’ And we were shocked.

I started naming all these super hated, heel women on television, and he’s like, ‘Oh, that’s great. A conniving woman. Maybe you kiss a guy and make him jealous,’ and I’m like, ‘Awesome. That’s great. I am an actor.’ I’ve done all different types of roles.

So to me, it’s acting, whatever, and then a month later, he pulled us in and said I was going to be making out with Dolph Ziggler, and we were going into this big program.”

Also Read: Lana Reveals What Vince McMahon Texted Her After Her WWE Release

The Rock-n-Roll Express vs. George South & The Golden Terror

The Warlord vs. Mark Flemming