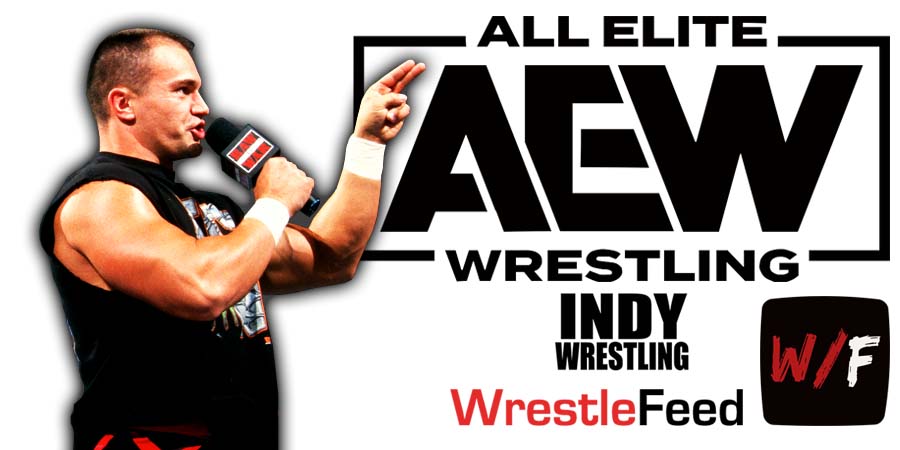 On last night’s episode of AEW Dynamite, The Hardy Boyz (now known as The Hardys in All Elite Wrestling) defeated The Butcher & The Blade in a Tables Match.

To win this match, both members of the team needed to be put through a Table.

Butcher & Blade put Jeff through a Table first, but the Table didn’t break. However, the Commentators mentioned multiple times that Jeff has been eliminated.

In the end, it was Jeff who then went on to score the final elimination to pick up the win for his team.

This confused a lot of people, including Old School WCW/WWF Veteran Lance Storm.

“So the guy who was eliminated from the match first, scores the deciding elimination to win the match? WHAT?”

Below are some highlights from the match: