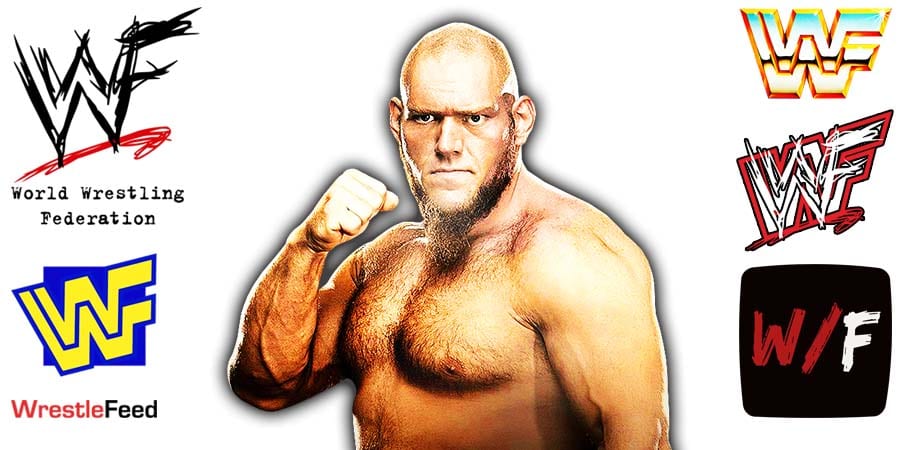 • Lars Sullivan Opens Up About His WWE Release

After his release from WWE, Lars Sullivan got interviewed by Fightful. Below are the highlights from the interview:

– Lars said he asked for his WWE release due to “crippling anxiety” issues. Due to anxiety, he couldn’t eat and sleep on the day of tapings, which resulted in him no-showing a TV taping.

– Lars is done with pro-wrestling and said WWE treated him with ‘compassion and honesty’ when he asked for his release.

– Lars took responsibility for the offensive comments he made on message boards years ago, stating how they were ‘idiocy’ and ‘his own selfish behaviour’.

– Lars liked his sit-down interview segment with Michael Cole, which was his final WWE appearance.

Taylor appeared on WCW TV in 1991. In 1995, he played a role in a major WWF storyline that led to a main event match at WrestleMania XI.

Lawrence Taylor and the late great Bam Bam Bigelow main eventing on the grandest stage of them all in 1995 marks the first time, last time and only time that a celebrity (non professional wrestler) main evented a WrestleMania in a singles match.

He has yet to be inducted into the Celebrity Wing of the WWE Hall of Fame.