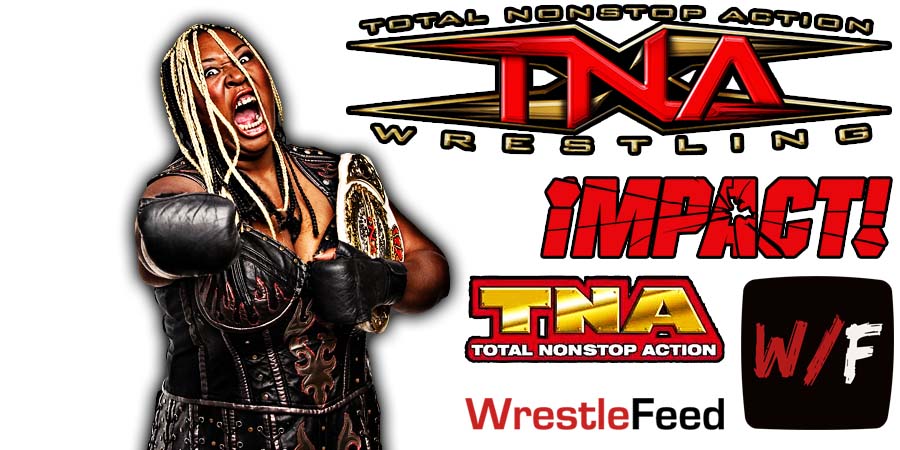 • Latest Inductee Into The Impact Wrestling Hall Of Fame Revealed

At Impact Wrestling’s Knockouts Knockdown event, it was announced that Awesome Kong (who retired from pro-wrestling earlier this year) is the latest inductee into the Impact Wrestling Hall Of Fame.

She dedicated this honor to Daffney. Here’s what she said:

“It’s an extreme and humble experience to be considered for this prestigious and exclusive honor. I was there at the birth of the Knockouts Division. To see the tenacity that these women have today is the same kind of tenacity we original Knockouts had back in the day. It fills me with pride that will have an everlasting shimmer.

But it’s bittersweet. It’s nice to be acknowledged for your life’s work, but my main priority today was to come and pay homage to my friend and colleague, whose legacy will not be denied. Daffney broke barriers and went to places that were denied to most women back in the day. She opened the doors for those women. So honor my friend.

"Do something that opens the door for the next generation cause if not you, who? If not now, when?"

Kong will officially be inducted at Bound For Glory. Below are her accomplishments in TNA / Impact Wrestling: 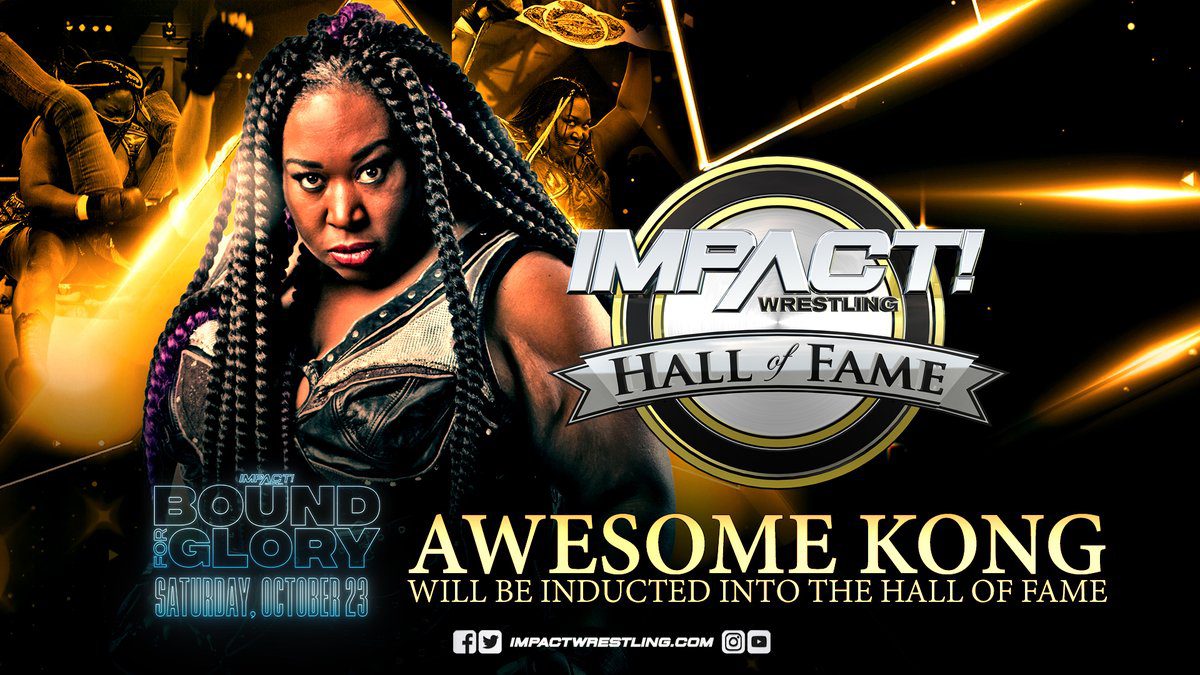 Below is the list of all TNA / Impact Wrestling Hall Of Famers:

– The Godfather vs. The Big Boss Man

– Gangrel vs. The Inferno Kid