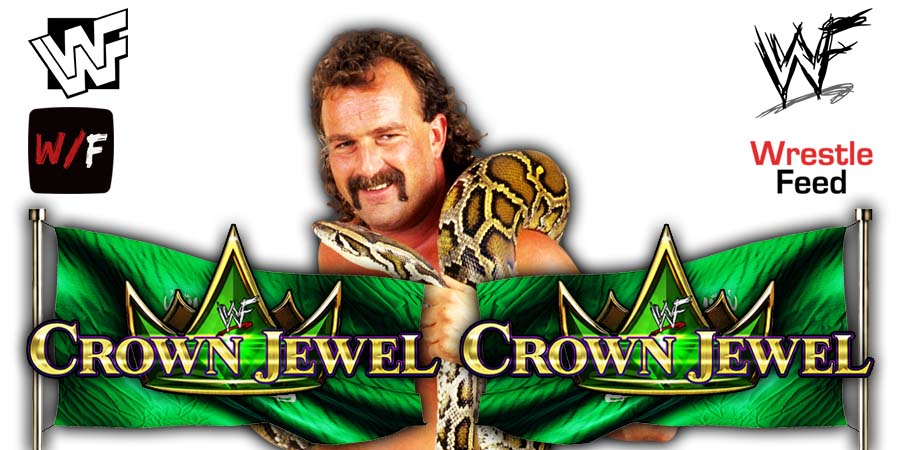 For several months, WWF Legend Jake Roberts & WCW Legend Diamond Dallas Page have released an episode of their joint ‘DDP Snake Pit’ podcast every week, with the newest one featuring the topic ‘The State of AEW & WWE’.

On this episode, they also spoke about the newest main eventer in WWE, Social Media Influencer turned WWE Superstar Logan Paul, who will challenge Roman Reigns for the Undisputed WWE Universal Championship in the main event of the Crown Jewel 2022 PPV.

Here’s what Jake Roberts had to say about this upcoming match:

“This kid is being fed with a silver spoon. These things are being pushed out there for him. Yeah, he’s busting his a$$, and he’s answering the bell, and he’s doing all these things because he’s physical enough to do those things.

I think if he puts up a good fight, maybe a couple steps above good, maybe a great fight, and shows perseverance, that sets the table better for him.

Roman needs to walk out of there with that belt.”

On this day in Pro Wrestling history on September 25, 1993, Otto Wanz’s Catch Wrestling Association held an event titled as “CWA World Cup 1993 – Day 24” at the “Festzelt on the Schützenplatz” in Hannover, Germany.