The WWE ThunderDome was a big upgrade from using Performance Center trainees as fans in attendance for WWE events. However, it came with some problems too.

Some fans used their time in the ThunderDome to put on images of the AEW logo, Chris Benoit and other stuff you won’t usually see on WWE TV on their screens.

Someone crossed the line and even displayed a video of a KKK rally once.

The Famous Group, the company which was behind the ThunderDome concept, recently won the Digital Fan Experience Award at the 2020 Sportel Awards.

They released a video of behind the scenes of the ThunderDome, where it was shown how producers look over the virtual fans.

One video showed a list of images on a paper, which were likely the images banned from the ThunderDome.

Below are some of the names which are banned from the ThunderDome:

You can view the photo of that paper shared by HeelByNature below: 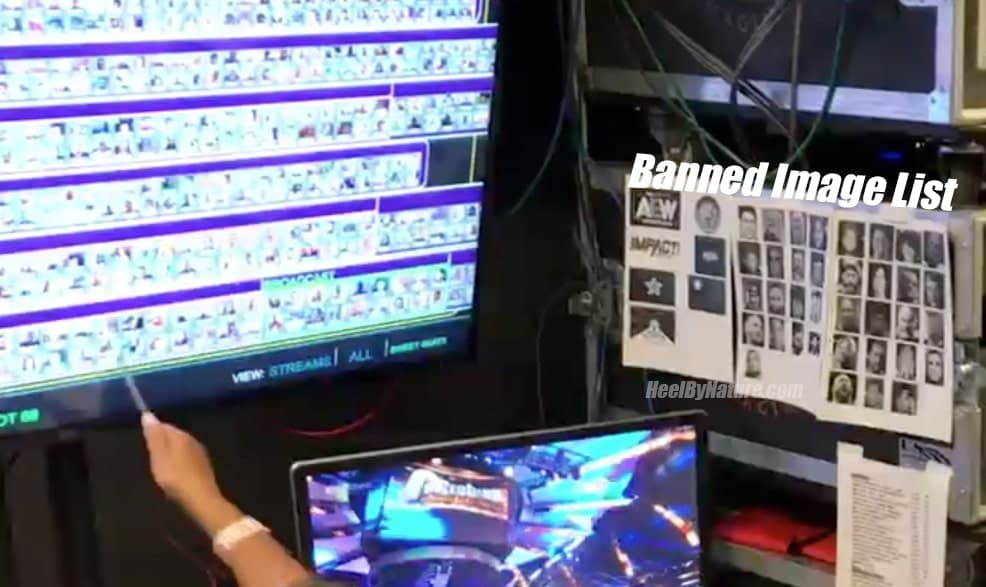