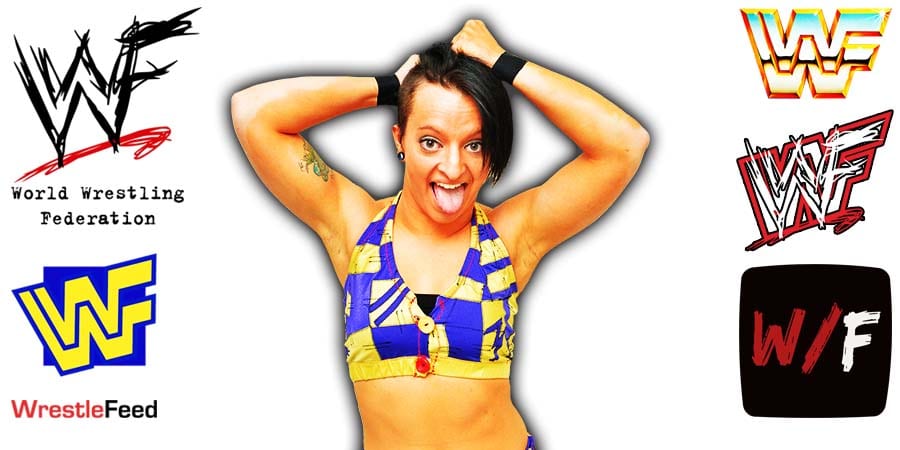 The Riott Squad’s run in WWE has come to an end as Ruby Riott got released earlier today.

Her tag team partner, Liv Morgan, tweeted the following regarding this:

“Whoever is lucky enough to get Heidi Lovelace on their roster, you win.”

Whoever is lucky enough to get Heidi Lovelace on their roster, you win.

According to Fightful Select, Ruby was very popular backstage due to her work ethic:

“Riott was universally popular backstage, and commended for her hard work often. Much of the same case with Buddy Murphy, who we’re told was not in the ‘creative forecast for WWE’ of late.”

– The British Bulldog vs. Scrub

– The Nasty Boys vs. Scrub

– The Barber Shop with The Mountie

– The Texas Tornado vs. Scrub