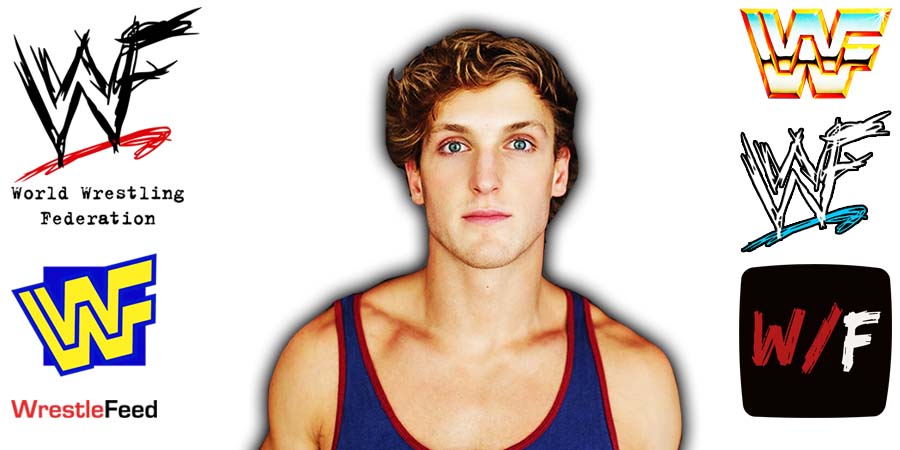 WWE recently announced that they have officially signed Social Media Superstar Logan Paul to a contract.

Logan made his WWE in-ring debut at WrestleMania 38 earlier this year, where he teamed up with The Miz to defeat Dominik & Rey Mysterio in a Tag Team Match.

On his ImPaulsive podcast, Logan had the following to say about signing with WWE:

“It is true, I signed a multi-match deal with the WWE. We announced it, it went crazy viral and I love the response. People are excited to see me in the WWE.

For me, there’s a trifecta that I look for that decides what I do. When I can mix passion, business, and media all into one thing, I’m like ultimate me, happy place.

So passion, when I did WrestleMania I had so much fun. I just had fun, all my friends had fun.

So, I’m excited for this journey and I am well aware of how powerful of a launch pad it can be for whatever I want to do in life.

WWE is a good opportunity for me to leverage one of the biggest brands in the world for my own should I show up, should I work hard, go do the performances, impress the fans, and just become that WWE character that is either notorious or loved.

I don’t know if I’m going to be a heel or a babyface.”

Logan is going to return to WWE programming on next week’s RAW. He’s scheduled to face The Miz at SummerSlam 2022 on July 30th, because Miz turned on him after their victory at WrestleMania and hit him with the Skull Crushing Finale.

This episode was pre-taped at the New Orleans Arena in New Orleans, Louisiana and featured matches & storyline segments on the road to the ‘WWE The Great American Bash 2007’ PPV.