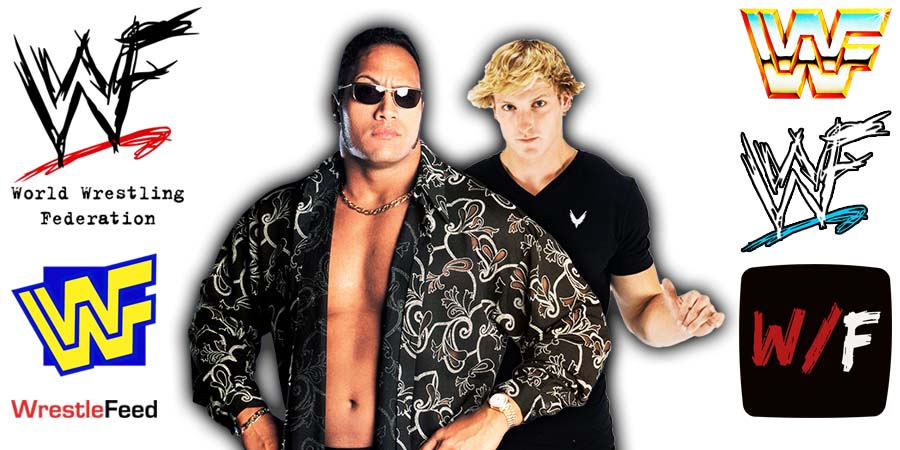 • The Rock Ended His Relationship With Logan Paul Over 2017 Controversy

In 2017, YouTube Star / Boxer / WWE Celebrity Wrestler Logan Paul made a vlog in Japan’s infamous “suicide forest”, which caused a lot of controversy and he faced a lot of heat for it.

Due to this incident, WWF Legend The Rock ended his working relationship with Logan.

Here’s what Logan said on the True Geordie Podcast:

“This was one of the saddest moments of my life, what I’m about to say.

After Japan happened, I obviously found myself in a hole — rightfully so — that I had never been in before. Extremely low, mentally, and I got a call from my publicist, who also repped Dwayne ‘The Rock’ Johnson.

She’s like, ‘Hey, Dwayne has asked that you remove every video and picture that you’ve done with him. Maybe in the future, the relationship can be reconciled, but for now, he basically wants nothing to do with you.’

Which I also understood. I get it. I made a grotesque error.”

You can watch the videos they did together below:

This episode was pre-taped at the Arco Arena in Sacramento, California and featured matches, interviews & storyline segments on the road to the ‘WWE King of the Ring 2002’ PPV.