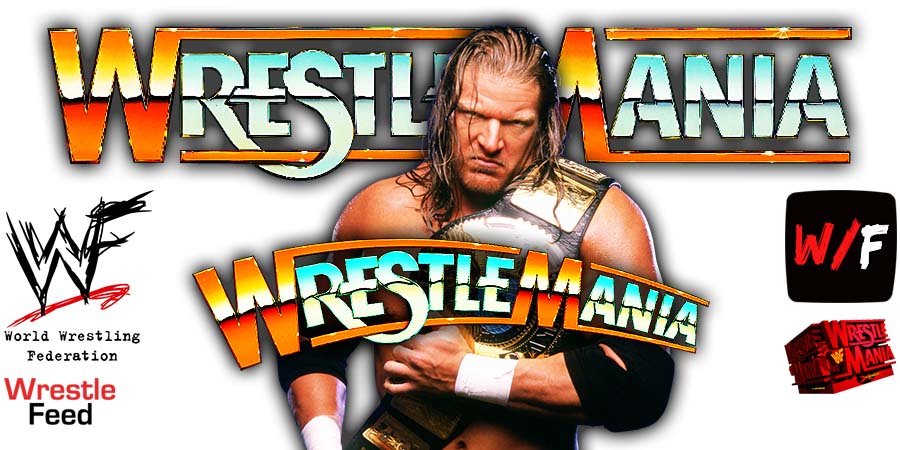 Boxer & YouTuber Logan Paul made his WWE in-ring debut at WrestleMania 38 and won.

He teamed up with The Miz to defeat the team of Dominik & Rey Mysterio.

On his Impaulsive podcast, Logan revealed what advice Triple H gave him just before his match:

“Literally, right before I went out, Triple H came up to me, he goes, ‘just so you know, it’s not always about the physicality. The people want to see your charisma. They want to see you, your personality.’ I went, ‘okay, cool.’

So I took that. I actually took that and was thinking about what he said during some of the displays. And tried to just come through the screen so people could feel my emotion.”

Former RAW Women’s Champion Becky Lynch was a guest on Logan’s podcast and said the following about his WrestleMania performance:

“You killed with that, and you told a great story. It’s funny because a lot of people come in and they don’t want to be the bad guy, and you were so comfortable in that role.

It was so fun to watch, and so fun for all of us backstage and the audience to watch, it was great.”

Also Read: Reason Behind The Miz Turning On Logan Paul At WrestleMania 38