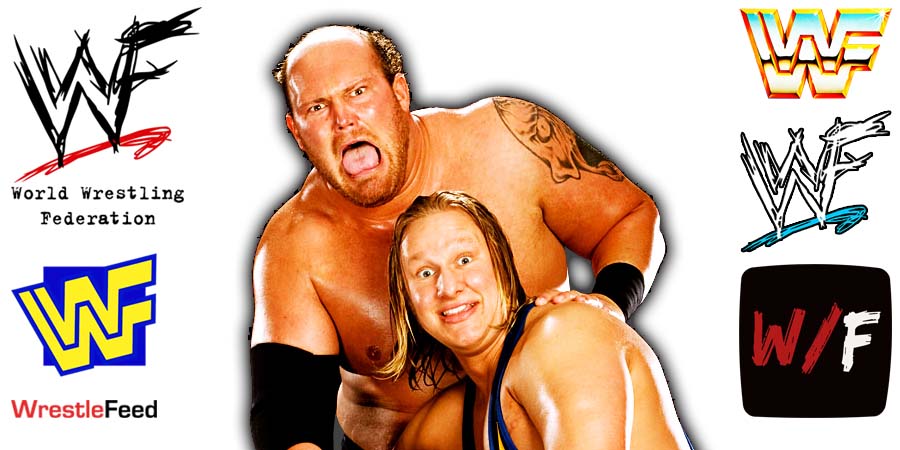 During a recent interview on the MCW Cast, former WWE Superstar Luke Gallows revealed how Vince McMahon pitched him the Festus character.

They had Terry Gordy’s son at the time, his name was Jesse. They tried out all these guys to begin with, and I was like, I could do that, so I just watched the redneck comedy tour, all the ones that I could find on DVD, and I went in did a couple promos.

They’re like, okay, so you’re gonna debut as pig farming hillbillies. We were in the ring, talking about what we’re gonna do for our debut for SmackDown. Vince wants us in his office. It’s 20 minutes before doors open, and I was like, are we getting fired before we even start?

We go in, and Vince sits us down. He’s like, ‘We’re not gonna have anymore pig farmers. Can you do this?’ (Vince did the Festus face).

And he just sticks his tongue out at me, and I go, ‘I think so, sir.’ 23 Years old, I stick my tongue out. He’s like, ‘Not like that, like this.’ So Vince and I are just sitting for 5 minutes sticking our tongues out of each other back and forth, and Ray Gordy’s just sitting there.

Then he looks at Ray, he’s like, ‘You, what’s your favorite color?’ Ray didn’t say anything. He’s just sitting there. ‘Uh, yellow.’ He’s like, ‘Go buy a yellow singlet, you start next week.’ That’s how I became Festus.”

It was broadcasted LIVE from the Hara Arena in Dayton, Ohio and featured matches, interviews & storyline segments on the road to the ‘WCW World War 3 1995’ PPV.

2. The Shark vs. Scott Norton