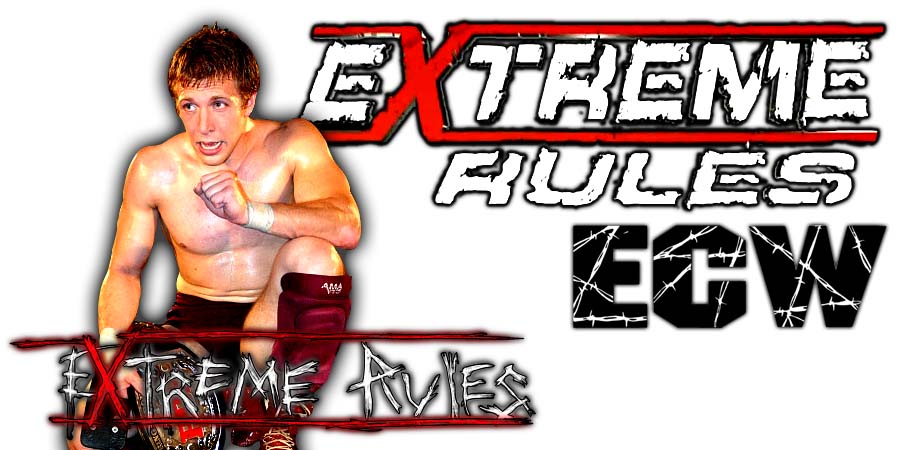 During a recent appearance on Talk Is Jericho, former WWE Superstar Wade Barrett talked about being used in meaningless filler segments, not re-signing with WWE & more.

On being used in meaningless filler segments:

“I felt like not only and despite working harder in attempting to improve my promo, improve my character, improve my physique, whatever I could do to try to get up a little higher, it felt like not only was I not getting any higher, I was actually going backwards in terms of my position on the card to a point where for a large period of 2015 and 2016, I was really used as what I felt was an enhancement guy.

I’d be sent out in almost the meaningless segments, like the filler segments in the show like segment nine and segment four, where, if people understand how TV stuff works, it’s the crossover segments are the most important ones, the opening and closing, stuff like that. So I thought that I was being shoved out in those segments to go out and lose in two or three minutes with no storyline, or no buildup, or stuff like that. So that felt in terms of my position on the hierarchy that I dropped lower than ever and that was certainly one of the things that I was frustrated with.”

On not re-signing with WWE:

“I’d already got to the point where I knew I was moving on and the thought of signing the new three-year deal that they had for me at that point, when I felt that way, nothing good would come out of it.

A) I was miserable being around wrestling, and being on the road, and stuff like that. And B) for me to not even have the fight in me to not even try to make the improvements I could try to make or try to make suggestions, that told me look, ‘if I did re-sign here and take whatever money they’re offering me, financially, it might make sense, but in terms of what I’m going to be putting out of it, it’s going to be bad and things are not going to improve around there at all,’ so that for me was like, ‘yeah, whatever happens to me, I have to leave and reground. And we’ll see where the future takes me.”

SmackDown Live General Manager Paige then announced that the team of Kane & Daniel Bryan (together known as Team Hell No) will face The Bludgeon Brothers for the SmackDown Tag Team Titles at this month’s Extreme Rules 2018 PPV.

As we noted before, DirtySheets.net reported that WWE officials are booking Bryan’s current run under the assumption that he’s not re-signing with the company when his contract expires on September 1st.

That’s why they have given away Bryan’s matches with WWE Champion AJ Styles, Samoa Joe (in a triple threat match that also involved Big Cass), United States Champion Jeff Hardy and Team Hell No reunion with Kane in such a short time. This would usually be about one year worth of booking for Bryan.

With that being said, Bryan’s next feud (and last if he doesn’t re-sign with WWE) will be against The Miz, as Dirty Sheets is reporting that The Miz will cost Bryan the SmackDown Tag Team Title match at Extreme Rules 2018 and this will result in them having a match at SummerSlam 2018.

1. If Bryan agrees to sign a 3 month extension until December 1st, then WWE will book two PPV matches between Bryan & Miz. Bryan will first defeat The Miz at SummerSlam 2018 and then lose to Miz at Hell In A Cell 2018 PPV. With this short contract extension, Bryan would also be able to work WWE’s big Live Event shows in Australia & Saudi Arabia later this year.

2. If Bryan doesn’t agree to a contract extension, then The Miz will defeat Bryan at SummerSlam 2018 and that’s the end of their feud.