As we noted before, Twitter user TalkMMA (who has reported a lot of big stories in MMA) reported that former UFC Heavyweight Champion and the current WWE Universal Champion Brock Lesnar’s return to UFC is imminent. He noted that Lesnar and Paul Heyman visited the UFC HQ during the International Fight Week and it is being said that Lesnar might be making his return to the octagon later this year or next year.

Also, Lesnar is back in the USADA drug testing pool. Lesnar last competed in the octagon at the historic UFC 200 PPV and defeated Mark Hunt (but the win was turned into a no-contest when Lesnar failed a drug test). While UFC officials are denying these reports, Dave Meltzer of the Wrestling Observer has also confirmed that Lesnar has been quietly added to the USADA drug testing pool.

Pro Wrestling Sheet is reporting that Lesnar has made it clear to the WWE officials that he doesn’t plan on re-signing with the company when his contract expires after WrestleMania 34.

With that being said, and the Lesnar – UFC rumors quite possibly not playing a part in this, current plan is for Lesnar to drop the Universal Title at SummerSlam 2017 to Roman Reigns. This is one of the reasons why the Universal Title match at SummerSlam is expected to be a Fatal 4 Way match between Lesnar, Reigns, Braun Strowman and Samoa Joe (so that Lesnar can lose the Title without getting pinned). 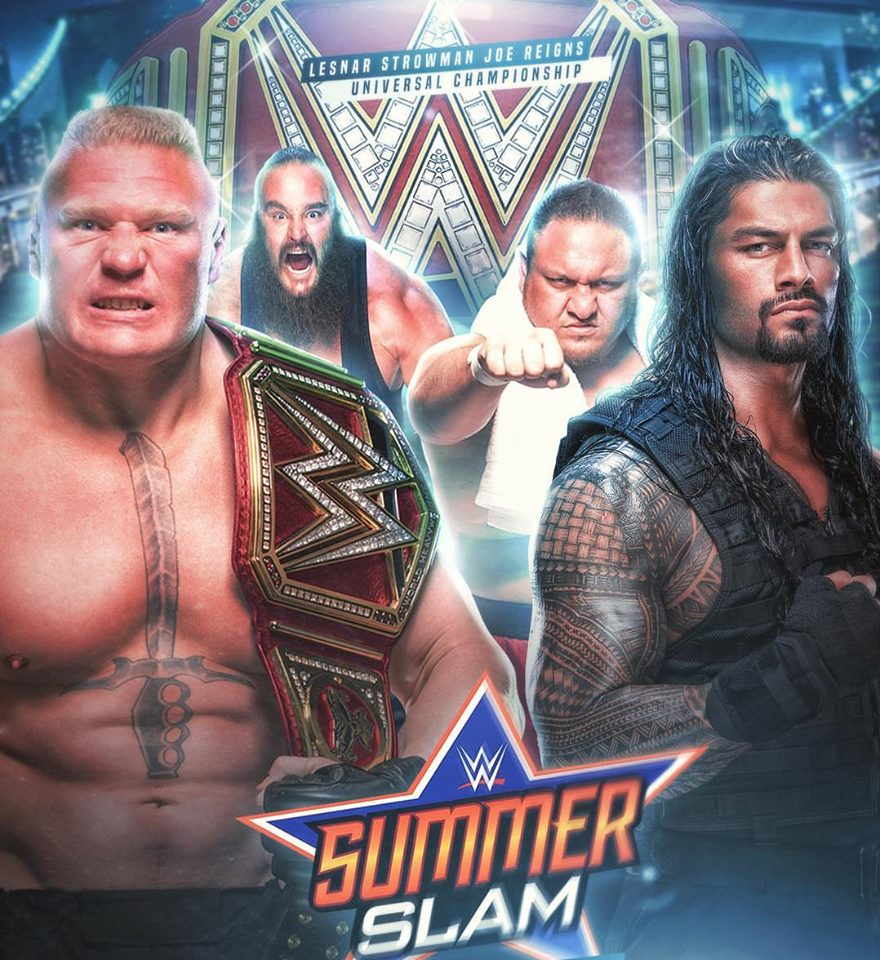