13. Vader Rips DDP For Not Allowing Him In His Yoga Center (DDP Responds), Goldberg’s Next Wrestling Appearance Revealed

Here’s what former WCW World Heavyweight Champion Vader posted on Twitter: “This bull**** DDP TURNED ME DOWN BY SAYING I HAD TO QUIT WRESTLING OR I WASN’T WELCOME AT HIS TRAINING CENTER. I have to wrestle to pay hospital bills he said I was still wrestling he couldn’t do anything for me. I wrestle twice a month. Was cold because I needed the to lose weight to save my life but I couldn’t come to his yoga center because I was still wrestling two times a month.”

In an interview with Raj Giri, here’s what DDP had to say about this: “I can’t heal you with the program if you’re constantly continuing to beat up your body wrestling, the program wouldn’t have helped Jake Roberts or anyone else. I worked with Leon and he’s really beat up from all the years of football and wrestling. My initials aren’t JC, they’re DDP. Everyone at any age needs time to heal, especially at 61, that’s just common sense. Anybody who knows me at all knows I would never turn anyone down to work with them at my PC, especially one of the boys. Leon just needs to return my call.”

WCW Legend & former WWE Universal Champion Goldberg will be appearing at Maryland Championship Wrestling’s “2nd Annual Tribute To The Legends” show on September 30. Below is the poster: 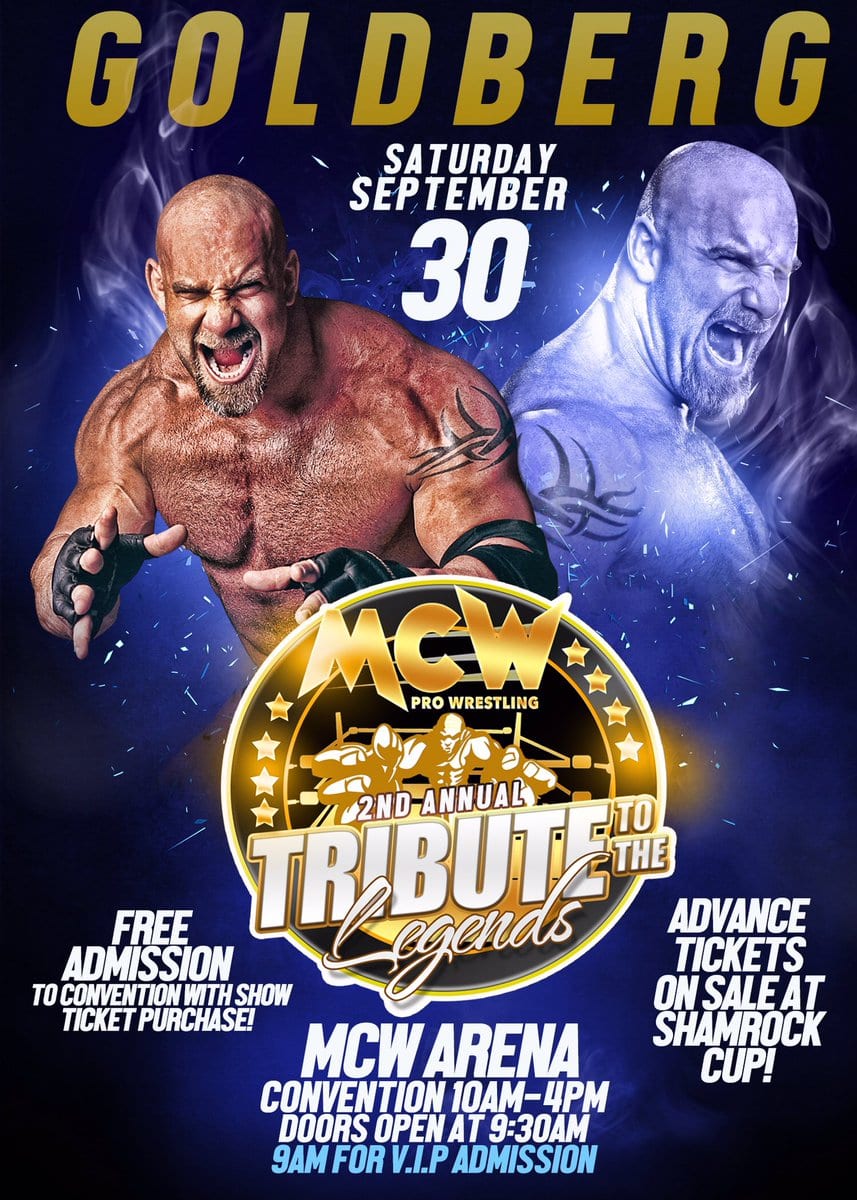