According to Dave Meltzer of the Wrestling Observer Newsletter, WWE is planning to do a SummerSlam 2016 rematch at next month’s SummerSlam 2017 PPV between AJ Styles and John Cena, this time for the United States Championship on the line.

This match was teased on this week’s episode of SmackDown Live when Cena answered Styles’ US Title Open Challenge, but they got interrupted by Kevin Owens and Rusev.

After the team of Cena and Styles defeated Owens and Rusev in the main event, they had another face off and Meltzer noted that this tease meant that WWE is planning to do a match between the two. 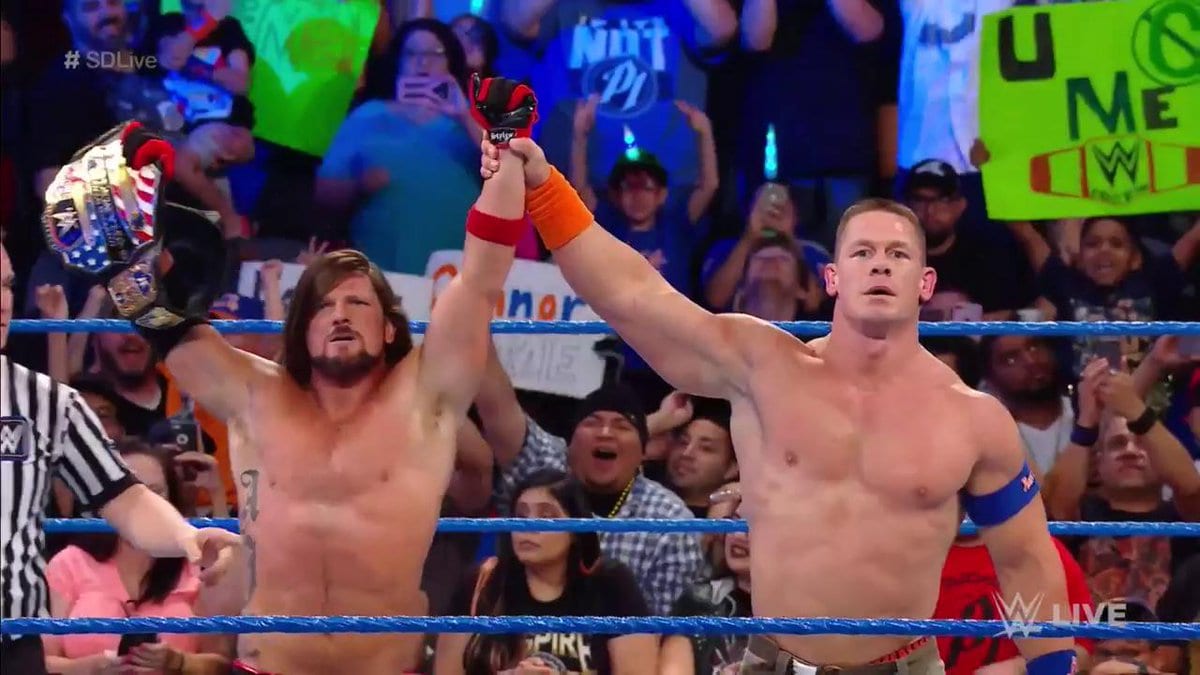 AJ Styles vs. John Cena for the United States Title is being planned for SummerSlam 2017

Cena and Styles have faced each other 3 times in singles matches on PPV. Styles won two of them (at Money In The Bank 2016 and SummerSlam 2016) and Cena won their third encounter (at Royal Rumble 2017 to become a 16 time WWE World Heavyweight Champion).