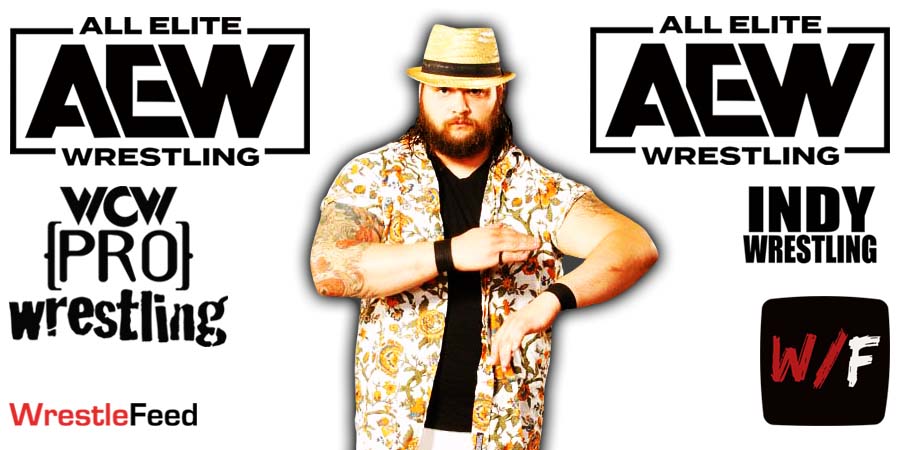 According to the Wrestling Observer, Bray Wyatt’s situation is similar to that of Aleister Black – he’ll join AEW as soon as his non-compete clause with WWE ends.

Wyatt was released from WWE on July 31, and his 90-day non-compete clause will end on October 29 (a week before AEW’s Full Gear 2021 pay-per-view).

Here’s what The Observer reported regarding Wyatt’s status:

“We’re gonna see a lot of different people coming up including Bray Wyatt. It’s not 100%, his non-compete is not up. It’s most likely happening.

It’s at the same stage when I said Aleister Black, long before it happened. It’s the same stage. I don’t think there’s pen to paper or anything like that. It’s an expectation that’s pretty strong, put it that way.”

Wyatt’s last match took place at WrestleMania 37, where he performed as The Fiend and lost to Randy Orton.

Stevie Ray is famous for teaming up with his real-life brother Booker T in WCW and together they were known as Harlem Heat.

They won the WCW World Tag Team Championship 10 times and they got inducted into the WWE Hall of Fame in 2019.

In 1998, Stevie Ray worked as a singles wrestler on WCW TV and even joined Hogan’s “nWo Hollywood” Black & White version of the New World Order.