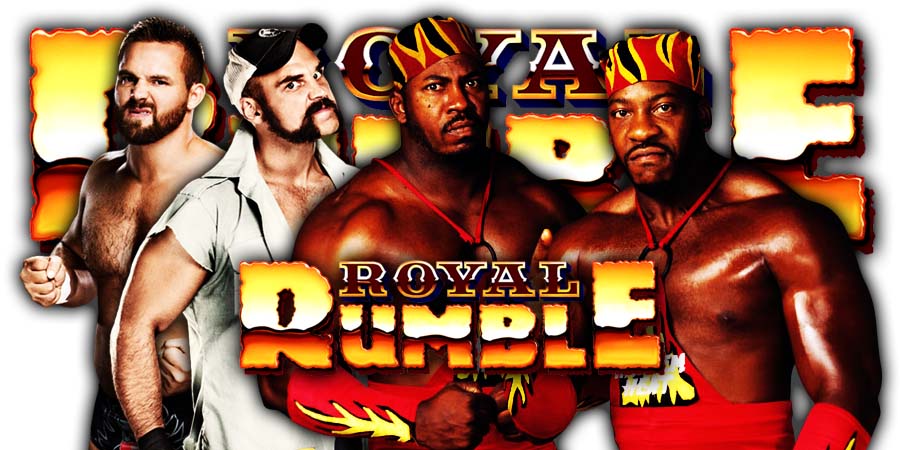 According to The Dirty Sheets, WWE Hall of Famers Edge and Harlem Heat (Booker T & Stevie Ray) are set to return for this Sunday’s Royal Rumble 2020 pay-per-view.

Edge has been added to the listed talent roster for February and will be competing in the Men’s Royal Rumble 2020 match.

WWE officials are still deciding on the creative plans for Edge. If WWE can’t book him in a spot where he remains strong, then his return will be pushed back to the following week.

On the other hand, current plan for Harlem Heat is to return on tonight’s SmackDown and confront The Revival.

However, this plan could change and Harlem Heat could end up answering an open challenge from The Revival this Sunday.

Either way, Harlem Heat will have a match at Royal Rumble 2020.