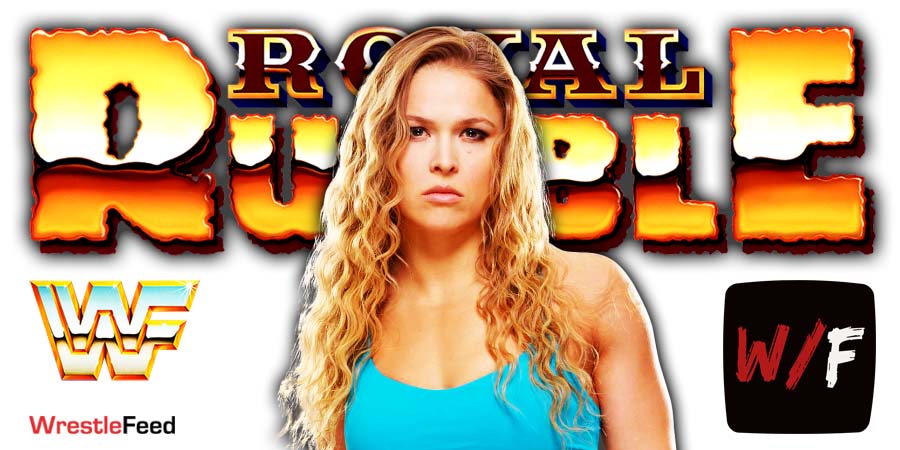 She will plant seeds for her WrestleMania 38 program tonight.

Her new contract is for 1 year and she’ll be a member of the SmackDown roster, although she will work a few RAW shows too, possibly including this Monday’s show.

Here’s what The Observer reported:

“There’s two schools of thought. There’s a school of thought that you appease your hardcore fans, and that would be Bianca Belair or Sasha Banks (winning the Women’s Royal Rumble). Or, you go with the one that’s gonna get you the most headlines, and that’s obviously Ronda. And I think that’s probably the one they’ll go with.

Rousey was last seen on WWE programming at WrestleMania 35 on April 7, 2019, where she was pinned in the main event by Becky Lynch in a Triple Threat Match.

She went on a hiatus after that to start a family. She gave birth to her daughter in September 2021.

Ronda made her official WWE debut 4 years ago at Royal Rumble 2018.

– The British Bulldog vs. Reno Riggins