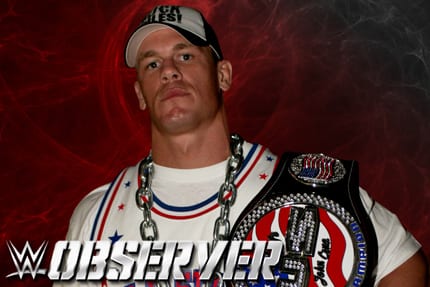 According to latest reports, word is that WWE officials are really close to getting Brock Lesnar signed to a new deal. The new deal will be similar to the one he has now, where he’s a special attraction on WWE TV, and whenever he’s scheduled to appear live, it’s must watch TV. Since he’s about to re-sign, Triple H apparently wants Lesnar to retain the WWE World Title at WrestleMania 31 and is trying to convince Vince for that decision. If this happens, it will save WrestleMania. Since Lesnar is going to be a special attraction, WWE is looking to play a big game with its mid-card titles here. The current plan is for John Cena to defeat Rusev to become the new United States Champion while Daniel Bryan is booked to become the new Intercontinental Champion at WrestleMania 31. The plan is that when Lesnar is not around on WWE TV, John Cena and Daniel Bryan will headline various events like Raw, PPV and Live Events where they will defend their titles and this will eventually result in both the titles becoming prestigious again.