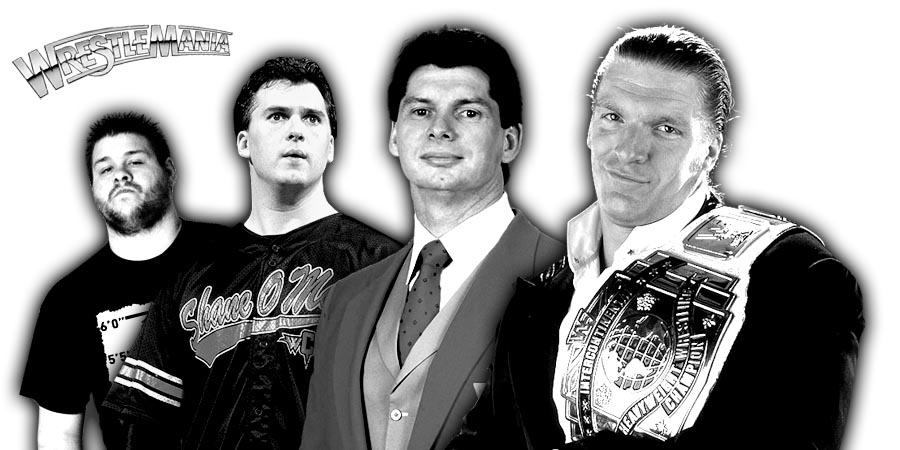 Let’s take a look at the top 5 WWE stories (including WrestleMania 34 news) of the hour:

– As seen on last week’s episode of SmackDown Live, the team of Shelton Benjamin & Chad Gable defeated The Hype Bros (Zack Ryder & Mojo Rawley). After the match, Mojo offered a handshake to Gable & Benjamin, but Ryder refused to and left the ring. This began speculation that WWE is planning to split the Hype Bros. During an interview with Dispatch with Sergio Jordann, Mojo discussed what happened on SmackDown Live and hinted that they won’t be splitting up as things like this happen in frustration. Below is what he said:

“As far as Zack goes, it wasn’t the most sportsman thing I’ve ever seen, walking away and turning your back on a competitor who’s offering a friendly hand. At the same time, this business is tough, you got a lot of people depending on you and you got a lot of pressure on you. These losses, when they mount up it’s hard to keep your cool. Sometimes you lose your cool, you lose your focus and moments like that happen. Not making excuses for him, obviously I would’ve rather he had not done that. But at the same day, it’s a little bit of frustration, it happens. Leave it out there, move on, forget about it and just keep it moving.”

Mojo also talked about how former Raw Women’s Champion Charlotte Flair is like a sister to him:

“Charlotte and I started like the same day, so we came in together, we were trained together, she’s like a sister to me. We have shows on SmackDown Saturday through Tuesday every week and we have long drives in between, so you partner up with friends in the car. Charlotte and I did a week together a week or two ago and we just had a blast catching up.

She’s great, she cracks me up, she’s so funny, her and I are so much alike. Sometimes it’s difficult with our work schedules to really get that free time outside of the ring and travel. But for us, having those long car rides together, that’s hanging out. Sometimes that’s the only free time we get, so we make the most of it.”

– Raw Superstar Samoa Joe, who’s currently out of action due to a knee injury, sent the following warning on Instagram:

“There will be blood. Despite the safeguards and precautions you may take, it is an inevitability. Most of you will freely shed it to protect those you love the most in dire circumstances. I have accepted it as a companion. A companion that will make itself known when you least expect it and will change fate & fortune with it’s presence. I have accepted my companion, I look forward to helping my colleagues accept theirs, and they will…..”