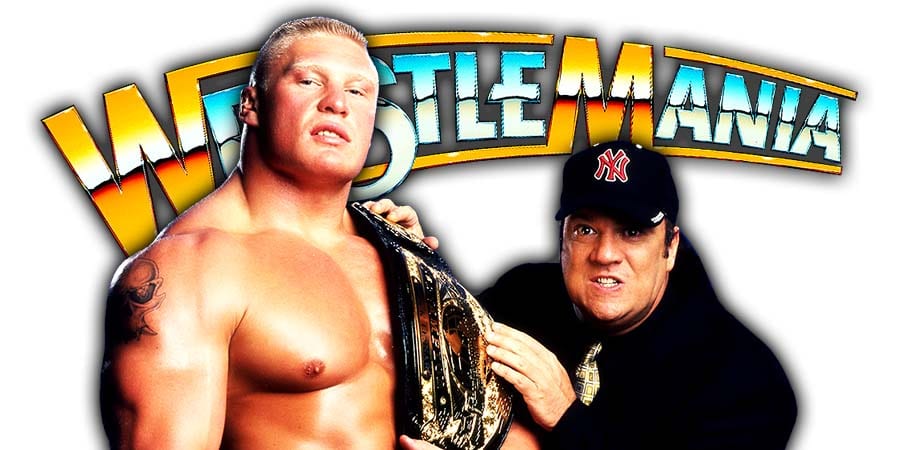 On this day in Pro Wrestling history on March 17, 2002, the World Wrestling Federation aired ‘WrestleMania X8’ LIVE on PPV from the SkyDome in Toronto, Ontario, Canada.

The 18th annual WrestleMania event featured the legendary “Icon vs. Icon” match of Hollywood Hogan versus The Rock.

With WrestleMania 36 now airing from the WWE Performance Center on April 5th, The Dirty Sheets is reporting that this show is only going to be “WrestleMania” by name and WWE officials are hoping to make SummerSlam 2020 and WWE Crown Jewel 2020 in Saudi Arabia as big as possible.

WWE is going ahead with WrestleMania to blow off the current feuds.

Word going on is that some of the expected WrestleMania 36 match outcomes might not happen anymore, and WWE is expected to hold off on those outcomes till they can perform in front of live fans again.

This may include Drew McIntyre’s big win over Brock Lesnar for the WWE Championship being held off till Summer.