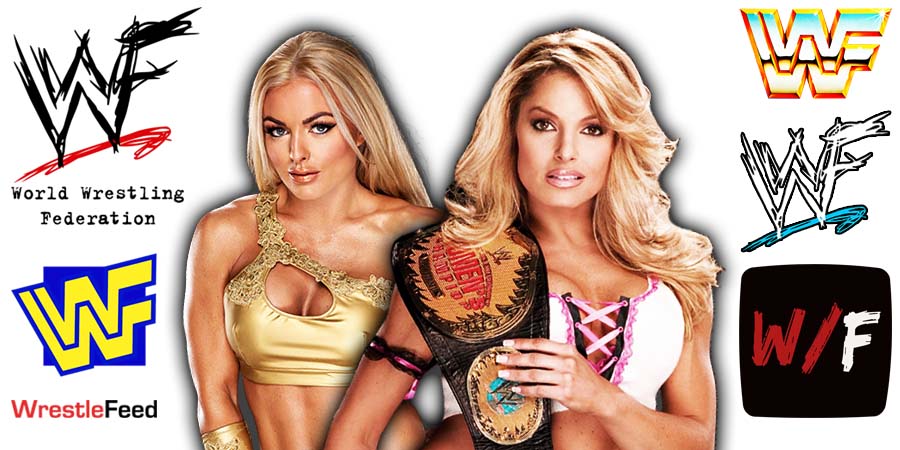 WWE Hall Of Famer Trish Stratus was one of the hottest divas of the Attitude Era & Ruthless Aggression Era.

Even at the age of 46, Trish keeps herself in top shape and shared the following bikini photo recently:

NXT Women’s Champion Mandy Rose, who is one of the hottest divas in WWE today, tweeted the following after seeing Trish’s latest photo:

Speaking of Trish, she was recently asked if she’d like to return to WWE programming as a General Manager.

Below is what the former 7-time Women’s Champion said:

You know, you just don’t wanna see me being a babyface, kicking butt, winning championships, boring, right guys? Do we or would you — I don’t know. I can’t read the crowd. I’m not sure what they want.

What do you guys want? What do you want? What should I do next? I always say if I go back, the one thing I’m missing is a heel run so that would be kind of fun, you know? Yeah.”

Eddie Guerrero vs. The Gambler