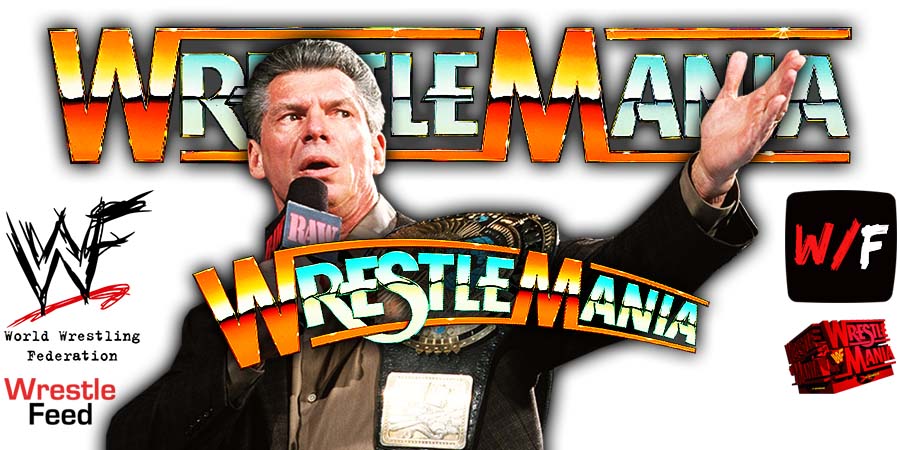 In early 2019, former WWF Champion Kurt Angle told Vince McMahon that he wants to end his in-ring career at WrestleMania 35.

Vince granted him his wish and told him his opponent is going to be Baron Corbin, as they had a storyline going on for a while.

However, Angle wanted Vince to book him in a match against John Cena at WrestleMania 35.

McMahon said Angle will have to end his feud with Corbin and put him over at WrestleMania 35. However, Vince told Angle that if he really wants to have his final match against Cena, then he can book that match for WrestleMania 36, but it won’t be possible for 35.

Kurt then turned down the WrestleMania 36 offer and decided to end his career with a loss to Corbin at WrestleMania 35, as he didn’t think he could wrestle for another year due to his health.

During an episode of his podcast, Angle saw Cena backstage at WrestleMania 35 and wished Vince changed the plan for his match at the last minute and book him with Cena. That obviously didn’t happen.

Below is the Olympic Gold Medalist said:

Here I am, I got my red, white and blue patriotic gimmick going on, and John Cena is the Doctor of Thuganomics. I’m like, ‘Holy sh*t, we should have our match tonight!’ This was at WrestleMania.

I saw him there, and I was like, ‘Holy sh*t, he’s going to go in the ring as the Doctor of Thuganomics, and I’m not going to wrestle him.

All Vince McMahon had to do this (snaps his fingers) and make the match occur. [John Cena] was already there!”