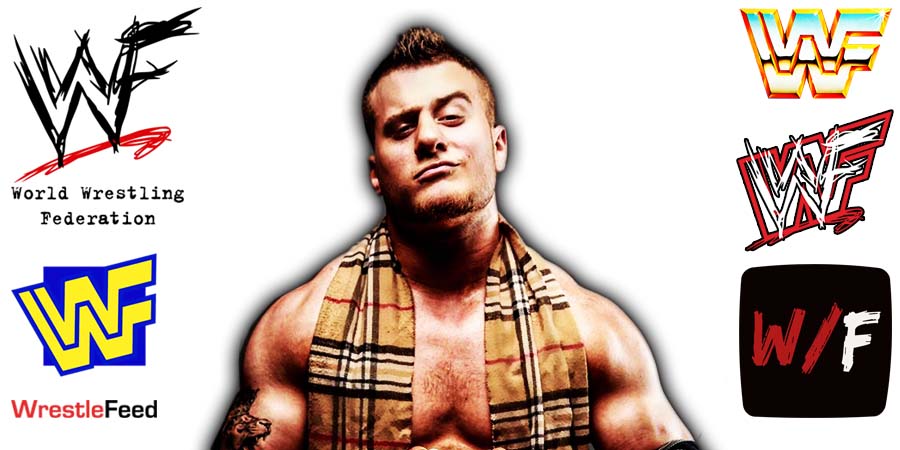 On his podcast, WWF Legend Jim Cornette talked about the so called “pipebomb promo” from MJF from last week’s AEW Dynamite, where he ripped Tony Khan for bringing in a ton of ex-WWE wrestlers and paying them more money than him.

“I’m not going to recount his promo, everyone should see this. Everyone should go back and listen to it. But it was a heel promo and a shoot promo. It was real, he is mad about this sh*t and he is expressing his real opinion.

He turned on the fans that were clapping for him, calling them uneducated marks and they don’t know sh*t and your opinions suck.

What he said was, when he was knocking the company and the know it all fans, was I’m not an untrained dipsh*t like all the others and I don’t dump guys on their heads. I’m the only guy who makes you feel and I don’t have to do bullsh*t to get you there.

Everything that MJF said in this promo is true, and the people know it to be true. They know he has been pissed off, they know he has gone back and forth with Tony Khan.

They know that AEW as a company is known for bringing the outlaw guys who haven’t been trained properly and they drop people on their heads constantly because we see it every week. That makes people believe that what MJF is doing is a shoot. What he is saying may be a shoot, it may all be true.

It is all verifiably true. Now were his motivations to placate Tony Khan and then go out there and unload on Tony, because MJF knows he has a place to land one way or the other.

Did MJF talk Tony Khan into working with him in allowing him to do this, and did Tony Khan know far this would go when he said ‘Fire me I dare you to fire me you f**king mark?’

Did he know that he was going to say ‘Save your money Tony to hoard all the ex WWE guys that you keep bringing in that can’t lace my Goddamn boots?’

Big ooh from the people, because it is true! Who? Malakai Black as valuable as MJF? Adam Cole, the way they have wasted him? Everybody from the WWE directly, besides Danielson who had a little bit of a break. But everyone who came directly was more over the first night in AEW than they are now, and MJF is the opposite.

He has gotten over on his own because there was no booker to help him. This is the first shoot promo that worked both ways. It was all true, and it could either work as MJF’s final f**k you to Tony Khan on television on his own network, or it could be something that they are engaged in together. Or it could be a little bit of both and Tony doesn’t know how much.

But the shoot promo would not normally have been a shoot, because the heel would have had no animosity towards the babyface the heel is talking about. But in this case, MJF is mad at Tony Khan and doesn’t care if anybody knows it.

MJF is now hotter than he has ever been. MJF is a genius, MJF is a once-in-a-generation performer. And Tony Khan is one of the worst amateur bookers that I have ever seen that has been blessed with this guy that is able to get himself over no matter what.”

Also Read: “It made me sick” – WWE Hall Of Famer On MJF’s Pipebomb

Joan Rivers was a famous comedian, actress and TV show host, but later in her career also wrote and produced content.

Old School WWF fans remember her as special guest celebrity ring-announcer at the New York side of the WWF WrestleMania 2 pay-per-view.