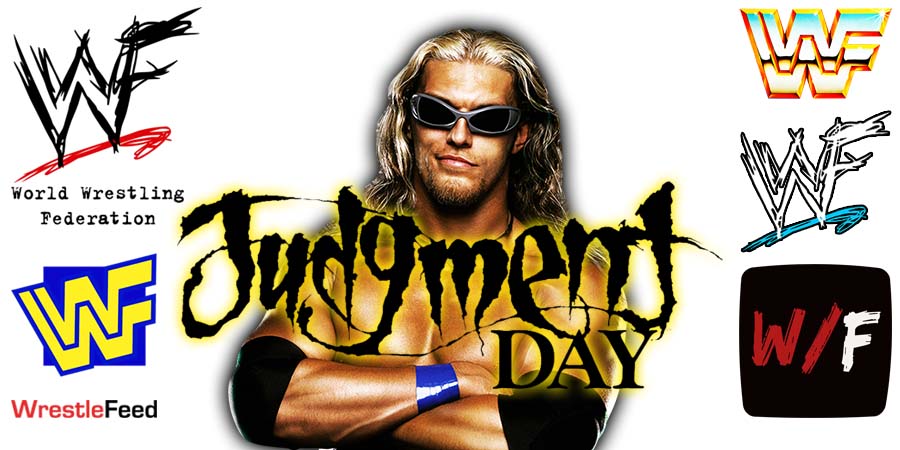 As seen on this week’s RAW, Finn Balor joined The Judgment Day and Edge was kicked out of his own stable.

Balor joined forces with Rhea Ripley & Damian Priest and they all turned on the WWE Hall Of Famer & brutally assaulted him.

According to Fightful Select, Edge recently turned down an interesting idea for the stable:

“WWE had mentioned taking Judgment Day a ‘supernatural’ route, which Edge was said to have been opposed to.

Word started to emerge in the afternoon hours ahead of [Monday’s] RAW that a big shift involving Finn Balor and Edge was set to happen.

Although that was firmly set on Monday, the pitch to have Balor as a member of Judgment Day came well before that.

Sources had indicated to us the week prior that Balor was set to turn heel and join the group days before Hell in a Cell. However, there was no mention at that point of Edge leaving the group.”

Before joining the World Wrestling Federation in 1998, Dan Severn had already been a two time All-American amateur wrestler who later won multiple UFC Ultimate Fighting Titles and tournaments and was also the reigning and defending NWA world Heavyweight Champion at that time.

Severn was brought in as part of the NWA invasion storyline but left the company due to creative differences about a year later, shortly after he entered the 1999 Royal Rumble match.