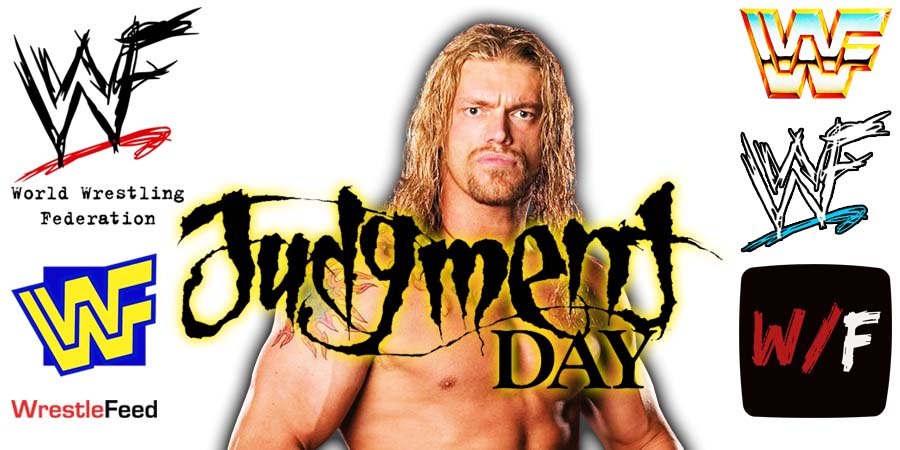 On this week’s RAW, The Judgment Day (Edge, Damian Priest & Rhea Ripley) came out to reveal the newest member of their group.

Edge praised Rhea & Damian and said both of them have grown so much by listening to him.

The newest member of their group was revealed to be former Universal Champion Finn Balor.

“Joining The Judgment Day wasn’t a choice, it was a calling. Finally … I can see clearly.”

Priest said they now want to remove the last remaining limitation that is holding them back – Edge.

The whole group then turned on Edge and brutally assaulted him.

According to PWInsider, Edge has officially been moved to the babyface side of the RAW roster and Balor is officially a heel now.

Edge is expected to go back to his Rated-R Superstar character now and bring his old theme song back.

It was broadcasted from the Alerus Center in Grand Forks, North Dakota and featured pre-taped matches & storyline segments on the road to the ‘WWF King of the Ring 2001’ PPV.