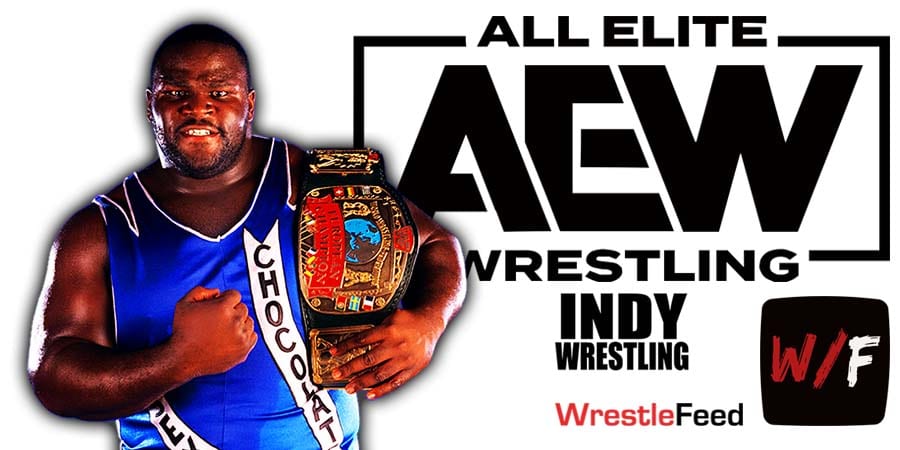 During a recent appearance on Busted Open Radio, WWE Hall Of Famer Mark Henry talked about joining AEW & his conversation with Vince McMahon.

“My deal was up. This is not something that was recent. I can go back to 5 months? 6 months? I wanted a position in the office and I wanted everything that comes with it. And I talked to Vince himself. And he said, ‘write it up. You’re somebody that I’ll hear from, I’ll listen to.’ And I was told there was a lot of cleaning house and there was a lot of cuts that were happening. There was a lot to come.

You know me, I’m a busybody. If I’m not doing what I know I can do, especially if I feel I can do it better than somebody else. If I can’t get that opportunity, I have to start looking for that somewhere else. And I did.”

On the conversation he had with Vince McMahon before joining AEW:

“It wasn’t negative. Everybody knows me and Vince got love for each other. And more than love, respect. Me calling him and saying what needed to be said came from a place of like, a brother telling his older brother, ‘man I’m tired of being in the shadows. I feel like someone beneath you is holding me back. And if somebody’s holding me back, I’ve got to go.’

Because you can tell everybody what to do, but there might be something that comes with that. I felt like I’m being held back, I’m not getting what I want. I want to be successful. You know I want to be able to learn more, I want to get those pelts on the wall.

There’s a lot of people that are kind of scary and unloyal or whatever. Nobody will ever say Mark Henry is unloyal. I’ve been loyal. There were times where I was offered more money and I didn’t leave.

25 Years, with the same company, through the good and the bad, I was there. Everything wasn’t perfect, but what family has a perfect existence? Not very many. But mine was really good. I had a really good experience, I learned a lot. I spent more time in the production office and in the trucks than I did around the ring and in catering. I always had an executive mindset.”

In 1994, Monsoon was inducted into the WWF Hall of Fame (now known as WWE Hall of Fame) by his colleague & friend, Jim Ross.