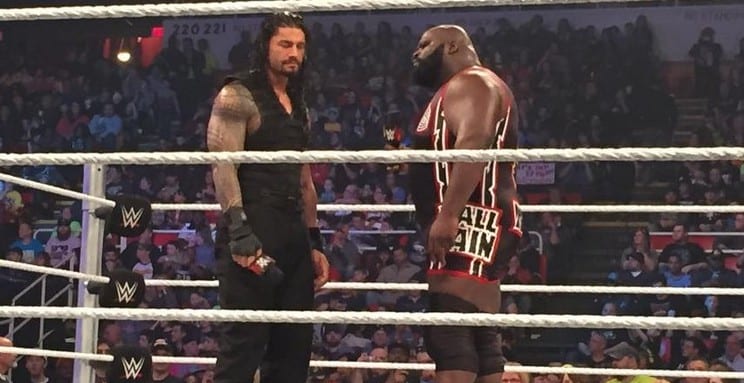 At tonight’s SmackDown tapings, Mark Henry made his WWE TV return (pic used above). He was last seen on November 24th edition of WWE Monday Night Raw where he lost to Ryback. As we noted before, Mark Henry lost a lot of weight since and might enter himself in the Andre the Giant Memorial Battle Royal at WrestleMania 31. Roman Reigns kicked off the SmackDown tapings and was interrupted by Henry. Henry told him that he needs to earn the respect of other superstars and the fans to be here. After hearing this, Reigns hit Henry with a Superman punch and took him out with a spear. It looks like Mark Henry vs. Roman Reigns will take place on next week’s Raw.