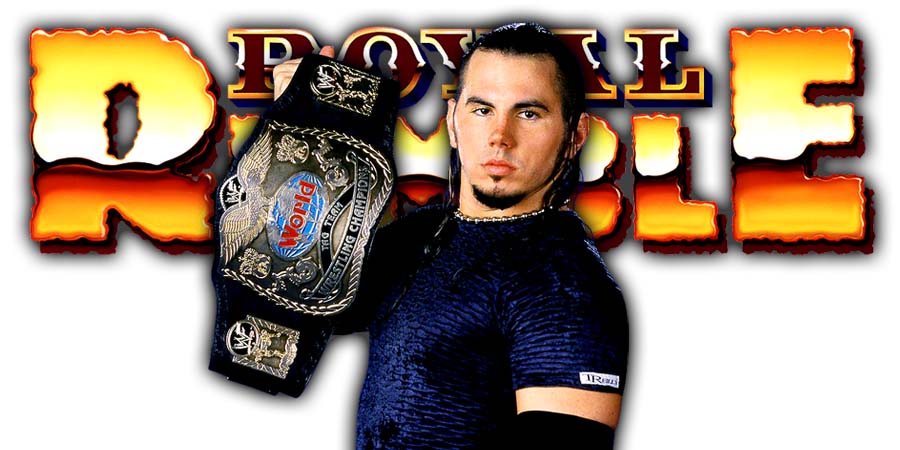 During a recent episode of The Extreme Life of Matt Hardy podcast, Matt revealed that him, Jeff Hardy, Bubba Ray Dudley & D-Von Dudley got paid $7,500 each for their Tag Team Tables Match at WWF Royal Rumble 2000.

“Our payday for this match was $7,500. Obviously we got paid more than what we initially made for the Tag Team Ladder Match and I know we were happy with this amount because we got more and they thought more of us.

We were able to have an interaction with [Jim Ross] about this and basically we were learning more about the whole salary and how the payday scheme works basically.

You have x amount of dollars to pay the talent on the show and then they break it down into certain percentages based on where your match falls in the hierarchy and our match was given $30,000, so then that was split between four people because there were four people in the match.

WATCH: Lita Shows Off Her Enormous Knockers To Matt Hardy: