AEW wrestler Matt Jackson (of The Young Bucks) recently posted a short video clip of him performing the Tope Con Hilo from the stage on to the members of The Dark Order, but he couldn’t connect with the three of them properly.

“I really stuck that landing, didn’t I?”

I really stuck that landing, didn’t I?

Randy Orton slided into Jackson’s comments section and told him that he didn’t hit anybody. He also sent greetings to all the former WWE talents who now work for AEW.

Jackson responded the following to Orton, implying that WWE also tries to sign a lot of wrestlers from other companies.

“Thank Paul for the generous offer in 2018. Hope you’re all happy & healthy!” 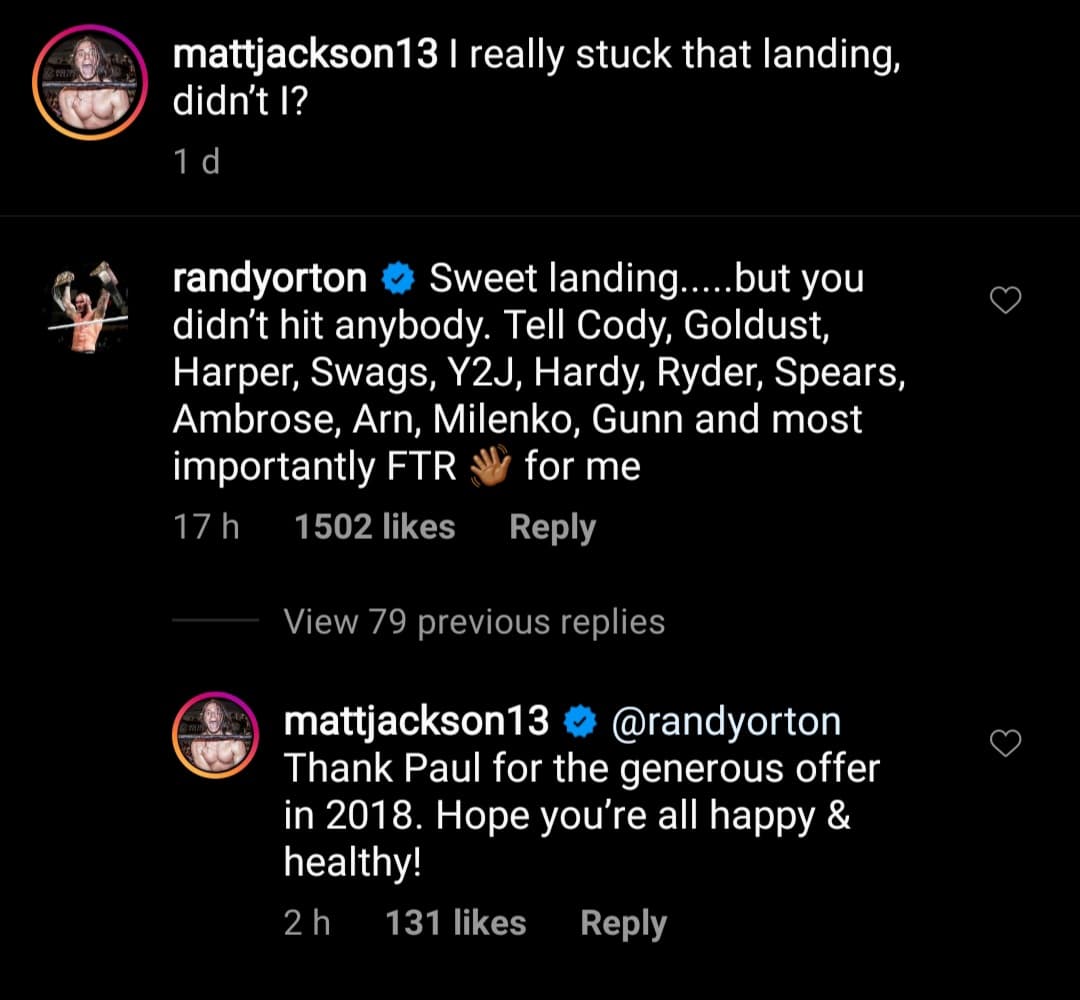