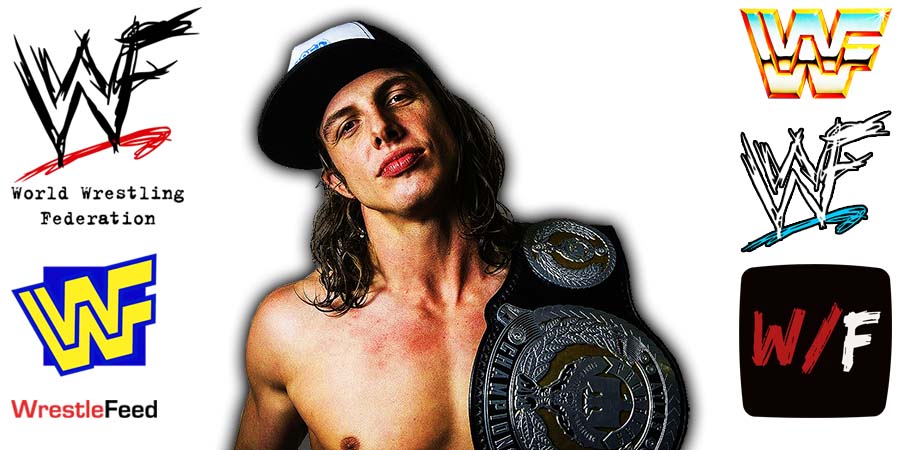 WWE RAW Superstar Matt Riddle was recently written of TV for “6 weeks” due to an injury angle caused by an attack from Solo Sikoa.

However, the real reason is that he has violated WWE’s wellness policy, again.

Riddle failed his 1st drug test earlier this year when Vince McMahon was still running WWE. This resulted in his SummerSlam 2022 match with Seth Rollins being postponed to Clash At The Castle 2022.

When Stephanie McMahon, Triple H & Nick Khan took over, Riddle was told that he would have to go to rehab or his contract would be terminated if he failed another drug test.

According to Bodyslam, Riddle failed his 2nd drug test recently and he’s going to rehab:

“The belief going around is that he has already entered treatment, or will be going in soon as most programs run for 30 days and he would need to be finished in time for his return in 6 weeks.”

WWE no longer tests for marijuana. For those who don’t know, Riddle was fired from UFC in 2013 because he failed 2 drug tests that year. He tested positive for marijuana.

In an update, Xero News is reporting the following about the substances that Riddle tested positive for:

“Matt Riddle was suspended because he tested positive for Cocaine and MDMA.

2nd suspension. Will go to Rehab for 30 days.

It was LIVE from the Ice Palace in Tampa, Florida and featured matches, interviews & storyline segments on the road to the ‘WWF Royal Rumble 2000’ PPV.

Mark Henry vs. The Godfather

No DQ Handicap Match: The Acolytes vs. Mean Street Posse