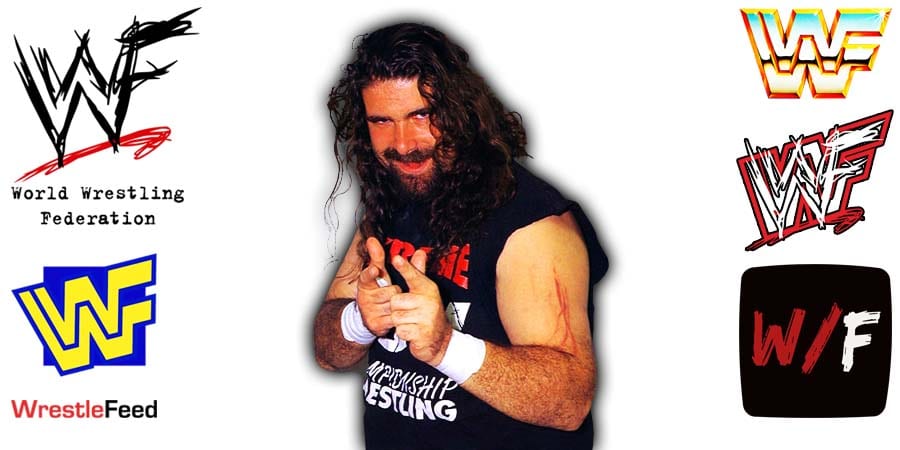 • Mick Foley Reveals What He Wants At WrestleMania After His Death

On a recent episode of his “Foley Is Pod” podcast, WWE Hall Of Famer Mick Foley talked about his death.

Foley revealed what he wants WWE to do after he passes away:

“I believe I’m going to be cremated when the time comes.

We’ll see if Vince (McMahon) would let [my family] drop the ashes in the ring before the main event of WrestleMania. Wouldn’t that be great?”

Speaking of WrestleMania, Foley recently revealed which WrestleMania match of his he can’t watch.

The Hardcore Legend picked his WrestleMania 20 match, where he teamed up with The Rock to lose to Evolution (Randy Orton, Batista & Ric Flair).

“I can’t watch the match. Ric Flair, he feels like it was a really good match.

I lost all my confidence, and I go from being this guy who had been the 3-time WWF Champion, and I just become somebody who, in my mind, doesn’t belong out there.”

NBA Legend Karl Malone appeared on WCW TV in 1998 alongside Diamond Dallas Page, preventing the nWo from interfering in the Hogan vs Goldberg title match, and even main eventing the WCW Bash at the Beach 1998 PPV, where the team of Malone & DDP lost to Hollywood Hogan and Dennis Rodman.