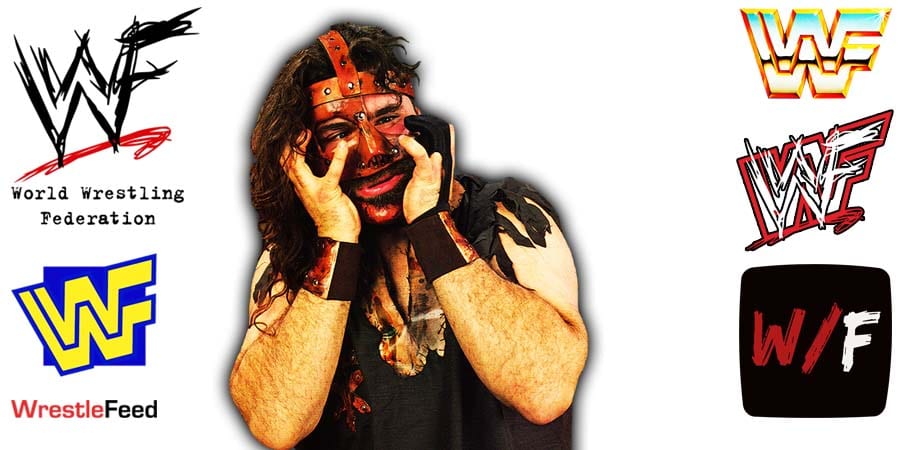 • Mick Foley’s Daughter Explains Why She Has Joined OnlyFans

You can subscribe to her OnlyFans page for $19.99 per month.

Noelle once started wrestling training to become a WWE Superstar, but suffered a concussion and stopped training.

She went on Twitter to explain why she joined this platform:

“The sole reason why I made an OnlyFans is to help with my medical bills & future crazy expensive treatments outside the US.

At the end of the day, if I have the opportunity to provide myself with some of the best treatments in the world, you bet I’m going to take that opportunity.”

“You don’t have to explain yourself to anyone!”

“A major weight has been lifted off my medical bills 💸🙏🏼

Thank you so much to those of you who subscribed 🙌🏼”

A major weight has been lifted off my medical bills 💸🙏🏼

Thank you so much to those of you who subscribed 🙌🏼https://t.co/EzWUpbmBOI pic.twitter.com/m8EOL7zL1E

The story of Magnum T.A. is actually a very sad oneas he was supposed to become the NWA’s counterpart to the WWF’s Hulk Hogan, which means that he had the potential to not only become the face of the company but even could’ve turned Jim Crockett Promotions into a serious competitor against the World Wrestling Federation during the 80s.

Magnum was already booked to defeat “The Nature Boy” Ric Flair for the NwA world Heavyweight Championship in the main event of the Starrcade 1986 PPV, but unfortunately had a car accident a few weeks before the event, in which he suffered several injuries that forced him to end his professional wrestling career.

It’s safe to say that history would’ve been different if that accident had never happened. Who knows? It’s quite possible, that Jim Crockett Promotions wouldn’t have needed to sell to Turner in late 1988, so people like Jim Herd, who ruined a lot for a lot of people, never would’ve gotten hired. One can only dream.